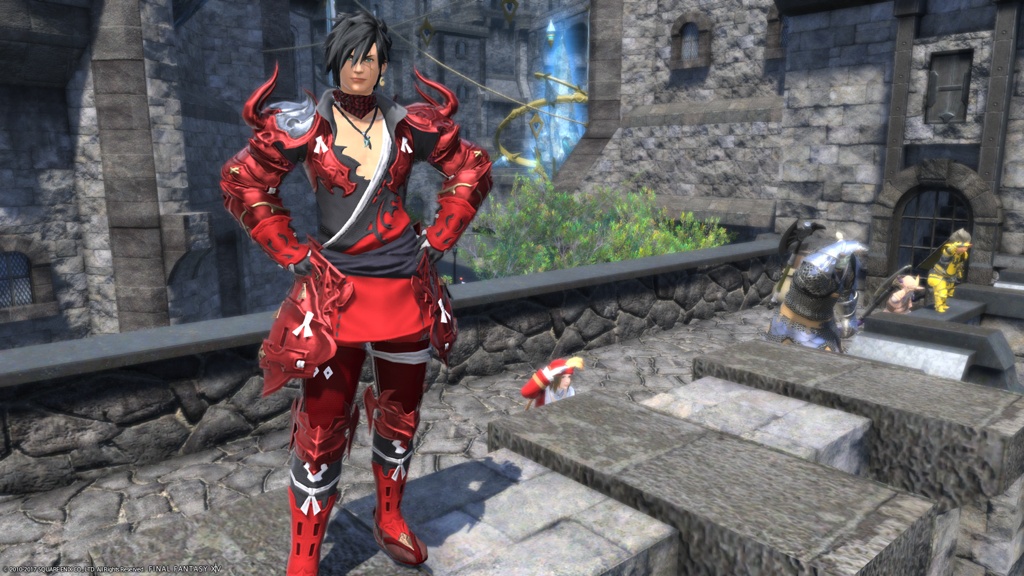 Monk is a role in Final Fantasy XIV that was introduced in version 2.0 (A Realm Reborn). The Monk profession is an innovative job class in Final Fantasy 14, allowing players to use their hands as a weapon and express their inner strength. They are warriors that wear leather armor and primarily wield fist weapons. Pugilists and Monks are both melee DPS that specialize in hand-to-hand battles. They keep gathering strength to awaken their inner chakra with fast physical-based combinations.

Monk, like other jobs in Final Fantasy 14, is the level 30 development of the pugilist class, which can be chosen during the creation of a character.

After reaching level 30 as a pugilist and accomplishing all pugilist job missions, you'll be able to embark on the first Monk job quest, which will reveal the assignment and provide you the job stone commodity to equip, significantly increasing your statistics and allow you to equip armor and weapons well with MNK requirement. As a Monk, your job is to deliver as much harm as possible in group content like dungeons or trials. In general, this is regulating your rotation to guarantee that talents are utilized in the correct order for massive impact while also offering extra usefulness, such as the boosts offered by skills like Brotherhood or Mantra.

In the latest patch, playing the Monk properly necessitates careful oversight of a handful of resources called Chakra and Beast Chakra, as well as correctly handling the job's few positional prerequisites: skills that demand you to strike the target's 'flank' or rear.

Even though the current Monk has fewer positional strikes, they are still needed at the start and finish of any conventional combination.

While playing Monk, skills must be done in a certain order to optimize damage as you travel through multiple 'forms.' For example, specific attacks usually are only available when in a given form, and when engaged, they transfer you to the following form in the sequence.

Monks must employ distinct combinations of skills connected with each form while under the impact of Perfect Balance, a skill that generally permits specific other talents to be executed without their form restrictions to utilize the Monk's greatest intensity skill Masterful Blitz.

Using talents within the Perfect Balance time will give up to three Beast Chakras. Masterful Blitz will convert into any of the different forms of assaults based on the combo of Beast Chakras obtained. Monks must control this system while inflicting damage to reap the benefits of Masterful Blitz. Before you embark on your Monk quest in Final Fantasy XIV, here are some pointers to help you maximize your performance and, more significantly, be as dangerous and destructive to your adversaries as possible.

Using this enhancement improves Bootshine from a good opening strike to a powerful hard-hitter, especially when doing damage from behind.

Greased Lightning can be piled three or four times if you're in Fists of Wind mode. Your cooldowns are lowered, and your damage is enhanced with each layer. However, if you let the Greased Lightning timer run out, you will lose each stack.

Maintain Demolish on your primary target at all times. This ability damages an opponent over time, so it's practically free chip harm while you focus on more direct assaults.

Although under Garlean control, the city-state of Ala Mhigo formerly had the most potent armed force in all of Eorzea. Among its permanent army were monks, ascetic soldiers as feared on the battlefield as the city-great state's pikemen.

The monks belonged to a control method as the Fist of Rhalgr, and they committed their lives to this god, the Destroyer. As a result, they can achieve incredible physical feats by mastering chakra, or power centers throughout the body. Characters should have a level 30 Pugilist and a level 15 Lancer to become Monk.

How will Dueling help you?

Owing to the Monk's vast array of tools, you must acquaint yourself with them through combat. Practicing with other Jobs can help you grasp what they are capable of and how to interrupt their offense effectively.

Not only that, but because the task is so fast-paced, you don't have time to think about what move to utilize next. As a result, damage windows, such as Pressure Point, are exceedingly short, while abilities like Earth's Reply are vulnerable to mistiming their effects.

A single moment of latency can have a significant effect. As a result, it is advised that you practice in the Wolves Den to develop physical skills and figure out timeframes for the job. While attacking a specific target, the Monk's basic skill rotation is quite simple: travel via all three 'forms' by completing three skills. However, initial damage can be maximized by altering how these sequences start and conclude.

Monk has a few additional valuable skills that are worth interacting with during the middle of the fundamental combinations.

You can buy and upgrade your defenses and attack stats using Gils. A decent amount of Gils can give you a headstart in the game and smooth your gaming experience. If you are falling short of Gils, you can easily purchase them for real money.

To aid you, visit our website MMOPixel to purchase FFXIV Gils. We provide the best service and cheapest rate on the web.

Monk employs Striking equipment, which is shared by the job Samurai. When it is time to upgrade your character, it's best to prioritize gear that offers you benefits to power and critical hit, which are all normal for Monk-only gear.

Most bits of striking armor also boost skill motion or determination, which may be useful when many pieces of gear provide this bonus. But don't worry if your armor lacks either ability, speed, or determination because these can be earned by materia melding.

Monk-specific Artifact Armour can be obtained at major level stages. Levels 50, 60, 70, 80, and 90 will get these. Artifact Armour is not necessarily the greatest at each tier and is usually inferior to armor acquired with tomestones. However, it can offer strong stats in addition to excellent designs for allure. These are dispersed via job quests at levels 50, 60, and 70 and major plot quests at levels 80 and higher.

Striking sets are available at each significant level milestone for armor that may be bought with regular tomestones (every 10 levels).

When you've decided on your armor options and know they won't change for a long (i.e., you've achieved level cap), it's essential to merge some materia into each of your eligible slots. Monks prefer materia that increases skill, critical hit, and speed. This is done to provide your Monk sufficient skill speed to maximize the number of abilities that can be executed when buffs such as Riddle of Fire are active. The Monk provides a broad arsenal that can briefly perform several jobs. Its tactical versatility makes it a superb team player in the right hands. However, its stringent timing, fast execution requirements, and inadequate defenses make it difficult to perfect. Those who do, however, become equivalent to demons, such as the Japanese Oni.