Lost Ark is a global phenomenon recently released in Europe and North America. Considering it switched into a free-to-play model, hordes of new players are exploring Arkesia and testing out various classes.

Lost Ark has a lot to offer, and it’s easy to get confused. There are a total number of 15 classes to choose from, but only one can embrace demonic energy and enter a demon form.

Here, we’ll cover all Shadowhunter’s abilities and how to distribute skill points for either PvP or PvE builds. Follow this guide and unleash chaotic power with MMOPIXEL!

What Is Lost Ark Shadowhunter Class? 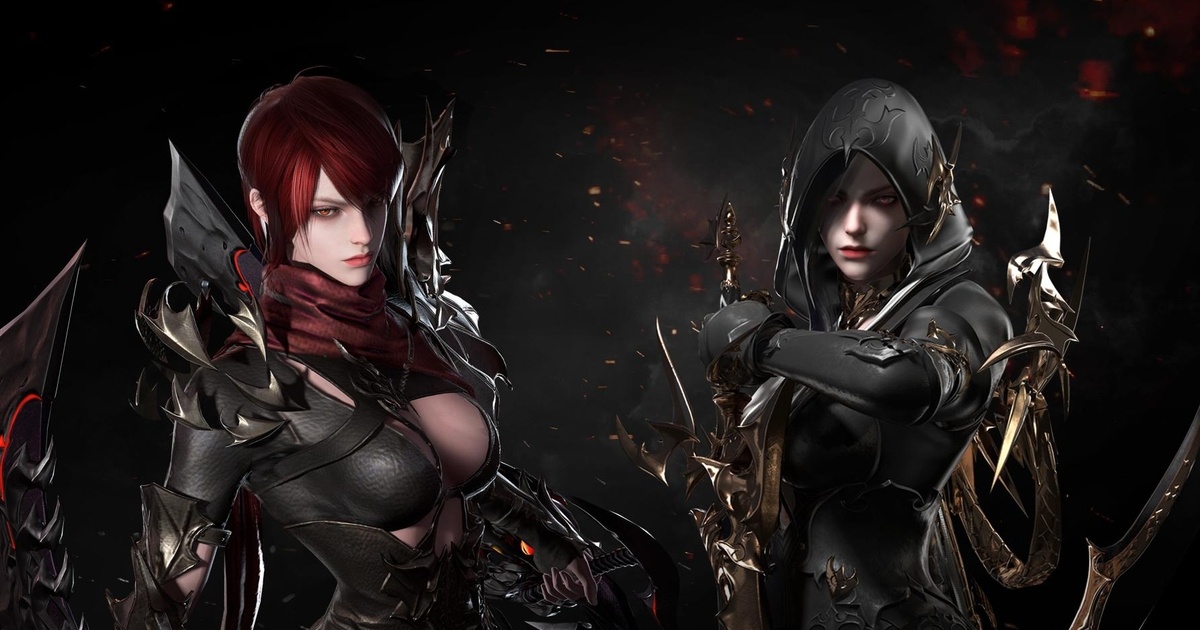 Shadowhunter is an advanced class from the Assassin tree, the other being the Deathblade. Both classes are very distinct, regardless of falling under the same category.

While the Deathblade is more about fast-paced combat, the Shadowhunter offers incredibly destructive powers when shapeshifting into powerful demonic forms. Upon transforming, they’re stealthy, agile, and can tear down foes in a couple of hits.

Playing an Assassin in Lost ark means high-risk, high-reward playstyle, although Shadowhunter is more beginner-friendly out of the two. Being able to awaken their inner demon from Identity Skill grants you health and movement speed for additional tankiness.

Whenever you are low on Gold， you can purchase cheap Lost Ark gold on MMOPIXEL with fast delivery.

A list of cons to consider when picking up Shadowhunter. 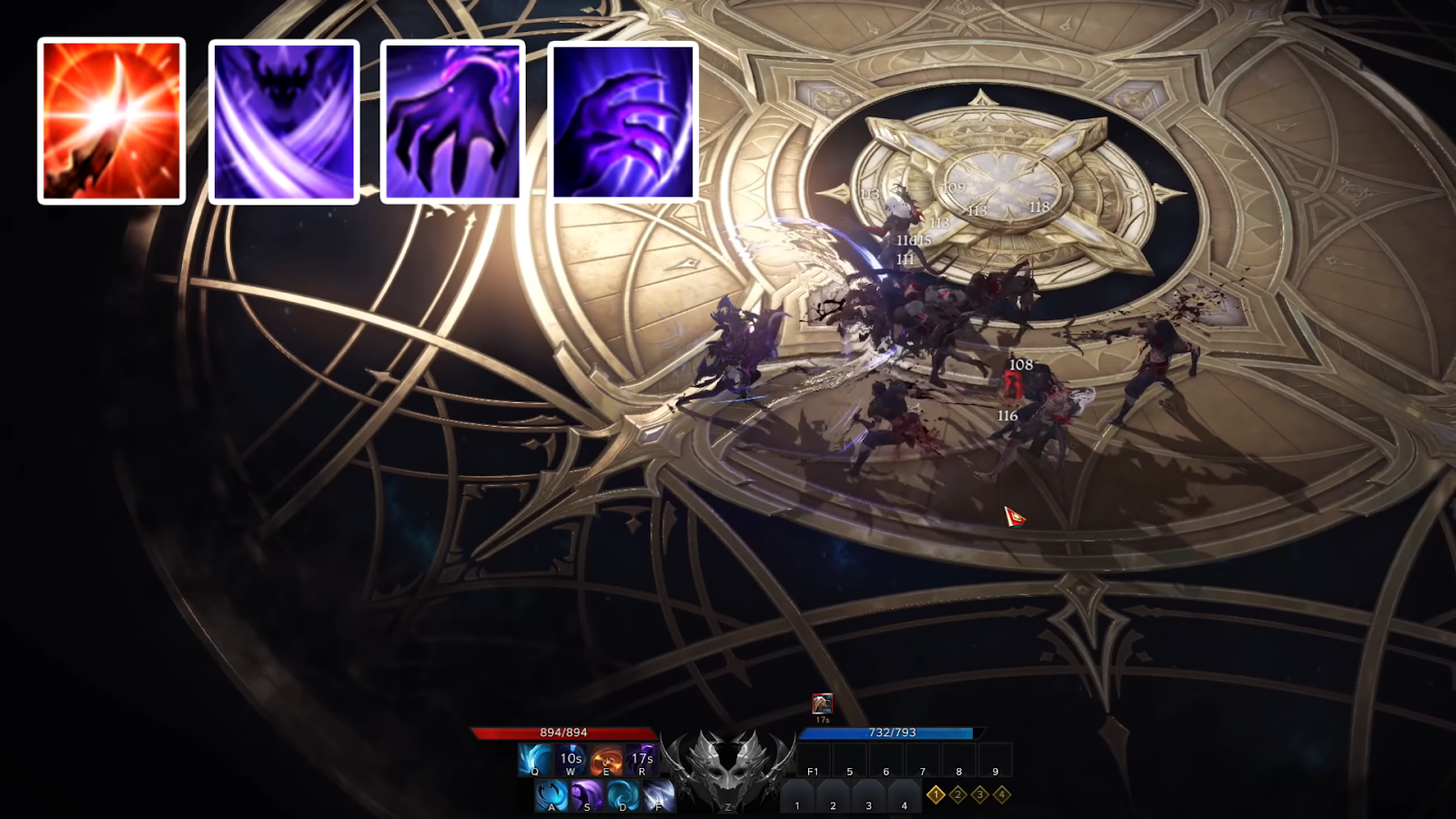 Here, we’re going to break down Shadowhunter’s normal skills and each awakening skill. To avoid confusion, we’re only describing skills you will use in our builds.

Each profession has two Class Engravings, which determine its playstyle. Shadowhunter is no different in this aspect. You can choose between two Engravings when going PvP or PvE. Let’s dive into them and learn which performs best for this class. 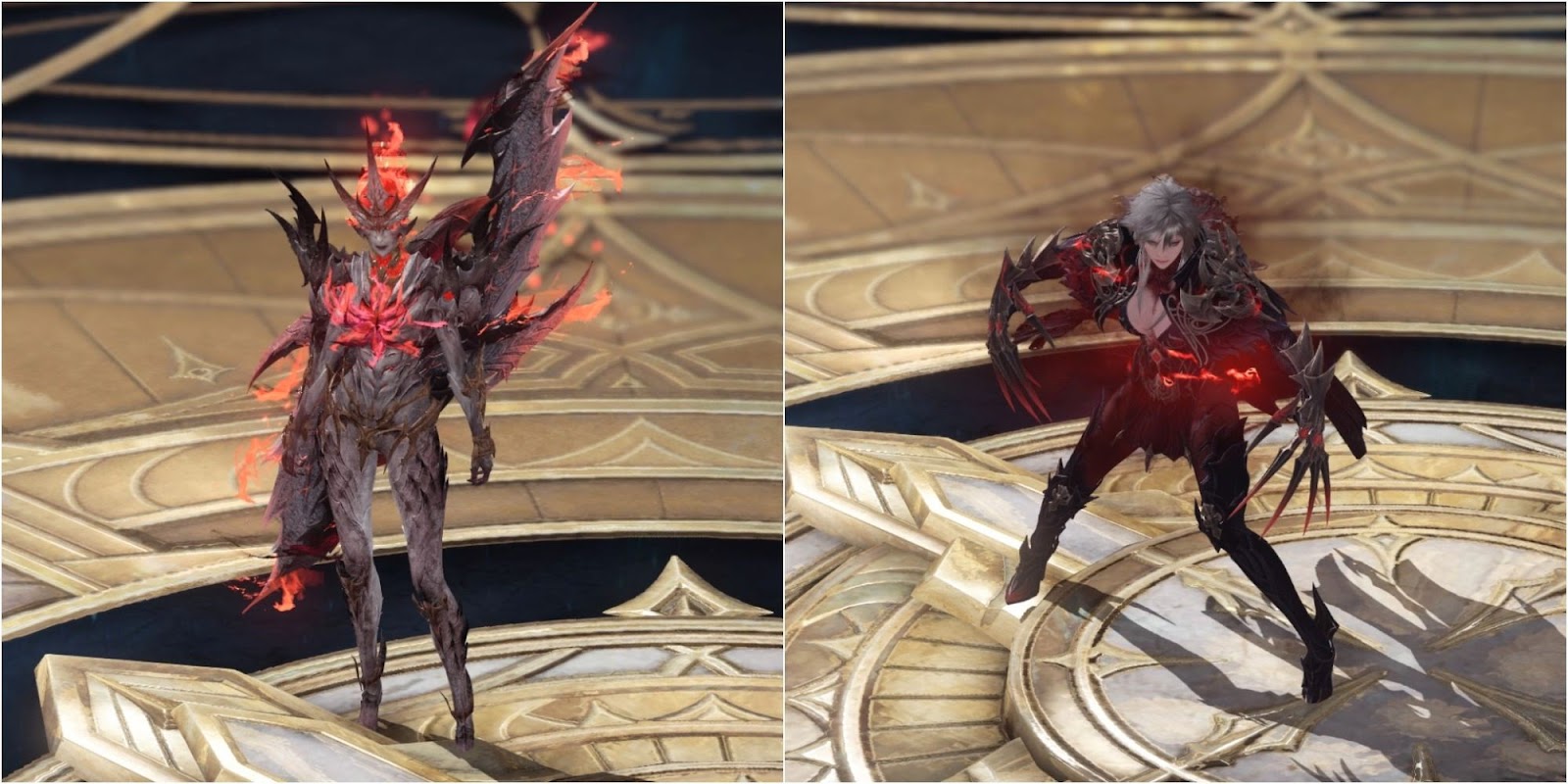 Demonic Impulse is mandatory for every demon build. It allows bypassing the 30-second cooldown between transformations. While in demon form, you’ll gain a significant damage boost to your abilities thanks to increased crit chance. Due to the heavy reliance on skills instead of gear, we think this is the best way of experiencing Shadowhunter.

Perfect Suppression Engraving is meant for those who want to utilize the human build fully. With enhanced Shadowburst meter build-up and bonus damage, you will gain a significant boost to your gear. Remember to prioritize better equipment over anything else to deal effective damage. That’s why we strongly advise going with Demonic Impulse instead. 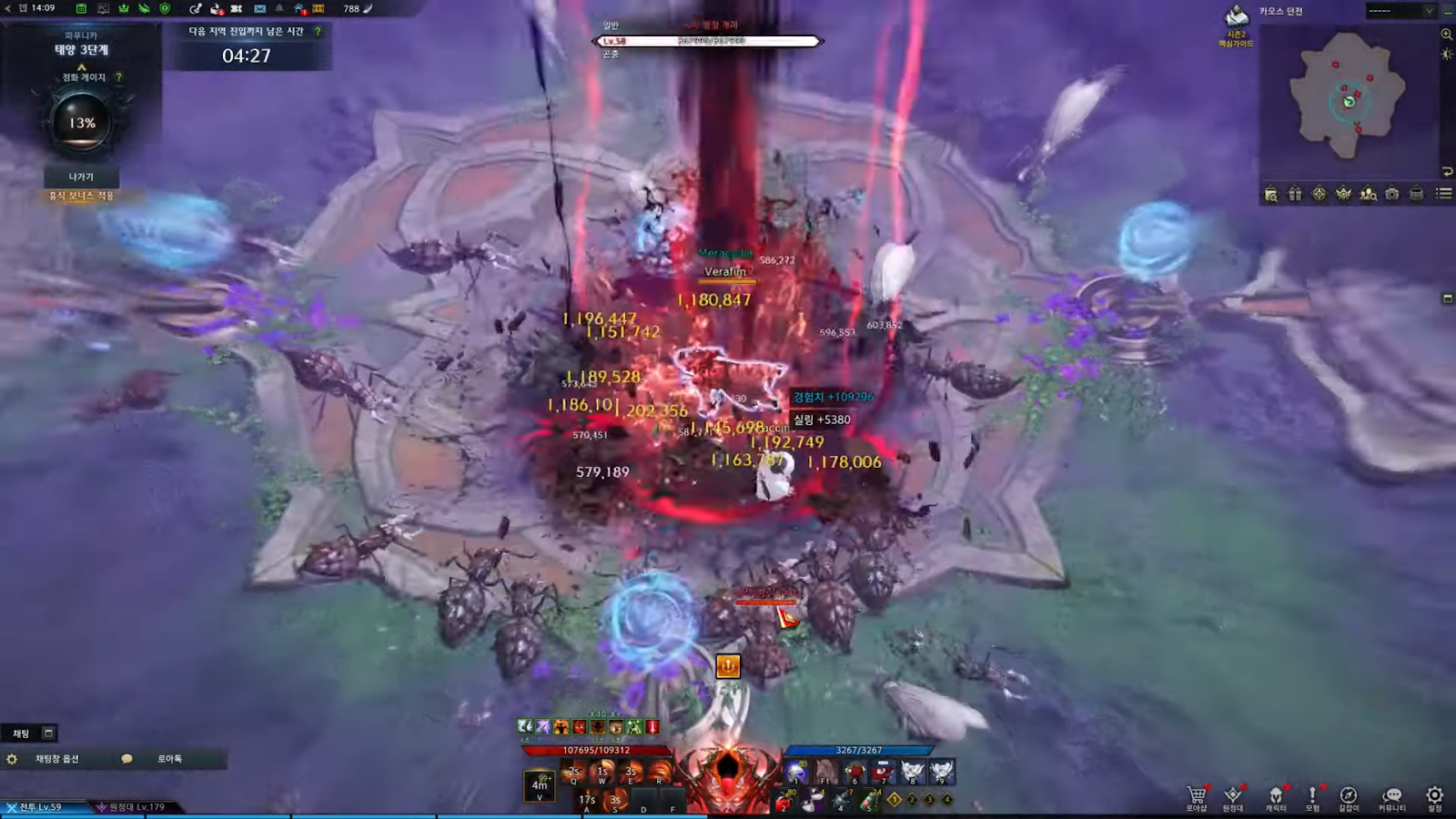 This build focuses on minimizing the downtime on Shadowburst gauge, thus allowing you to use your demon form as often as possible. You have to utilize the Demonic Impulse Engraving for Shadowburst energy to do so.

Throw as many skills as possible while in human form to fill out the meter and activate your demonic form. This way, you’ll deal massive single-target damage in addition to solid AoE clear.

Demon Skills don’t have Tripod upgrades, so they refer only to your human skills.

These skills are mostly ranged, so keep your distance while in combat. It’s best to use Thrust Impact first, retreat with Demonic Slash, then use any other skill to build up Shadowburst energy. With enough enemies, you’ll be able to use demon mode within seconds between each transformation. It’s best to Use Fallen Ruin as an Awakening Skill. 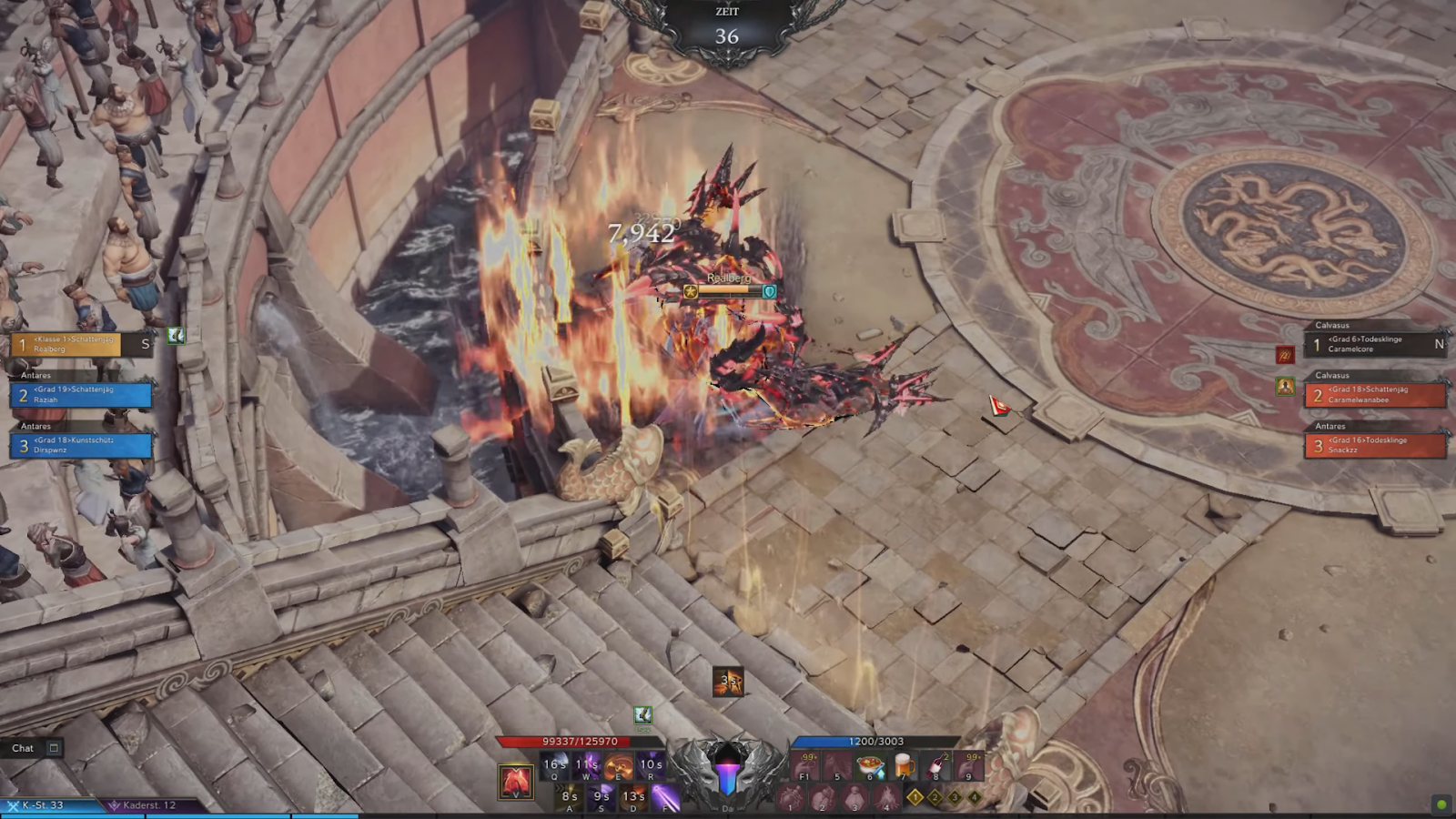 If you want to step aside from taking part in endgame raids and dungeons, consider switching to PvP build. Shadowhunter is excellent for PvP in close-quarter combat while still destroying anyone from ranged distances.

Use this build to fully utilize those qualities by giving her crowd control AoE attacks and support capabilities. We listed down the best skills just for that.

The Best Awakening Skill for PvP is Gate of Eruption. Due to its four-second fear effect as well as its large radius, you can single-handedly turn the tides of any PvP battle when used correctly. Use your skills to build up Shadowburst using melee and ranged abilities to transform as often as possible.

Shadowhunters are meant to beat the demons at their own game. Thanks to their Awakening Abilities, they can deal even more damage than most classes. However, the lack of super armors might be punishing for beginners. This class is easy to learn but hard to master.

Being effective means a deep understanding of her abilities and taking advantage of cooldown resets between your transformations. Remember, you’re still an assassin, not a tank. If you want to check out more guides regarding Lost Ark, sign up on MMOPIXEL to be aware of all content we’re uploading.

What are the best classes to play in Lost Ark? Follow our Lost Ark Tier List Guide and pick your best class!

There are dozens of Lost Ark Mounts. Do you know their types and how to get them? Read this guide and learn everything about this important resource!

Gaming News
Lost Ark Classes - Find a Class For You!

Choose your favourite Lost Ark class and choose from one of the Lost Ark advanced classes with our MMOPixel guide!

Shadowhunter is one of the most satisfying classes to play in Lost Ark. Check our guide on MMOPIXEL to unleash its potential!