The Void Gauntlet is a magical weapon that scales off primary Intelligence and secondary Focus while doing Void damage. Depending on your build, it excels at healing, close-range buffs or debuffs, and damage over time.

When employing light and heavy assaults as well as abilities in the Void Gauntlet in New World, mana is required. Both light and heavy attacks cost two mana each. While you are striking, mana does not regenerate. However, some techniques to manage your mana and mana potions may be used to replenish mana swiftly.

There are various ways to build around and handle the weapon, but the void gauntlet and life staff are a natural combo. Here is a review of the weapon and the best builds for the void gauntlet in the New World based on our experience in the Public Test Realm. The Annihilation and Decay are the two skill trees for the Void Gauntlet.

The Annihilation tree is focused on getting close and doing critical damage, much like your traditional melee rivals.

The first ability on this tree, Petrifying Scream, deals 100% weapon damage and grants root to all enemies 5 meters in front of you. If the targets are below 50% health, this is enhanced to gain fortify for each enemy hit, stacking up to three times and lengthening the root duration to three seconds.

The final skill in this tree, Oblivion, causes a circle-shaped fissure of void energy to appear at the player's feet, dealing foes 30 percent weapon damage per second while granting the player and any allies they are with Empower, increasing damage by 20 percent. This starts with a 6s duration and a 5m radius. For the player and allies inside the radius, upgrading this will also provide +15 stamina per second. It will also cause foes within the radius to suffer from Weaken, which reduces their damage by 5% for 5 seconds per hit with a maximum stack of 3.

Forsaken Pact, Keen Confidence, Keen Humility, Refreshing Precision, Efficient Harvest, Empowering Proximity, Leeching Pain, and Refreshing Frailty are some passive abilities of the Annihilation Tree. For example, depending on your build, you might choose Refreshing Precision and Leeching Agony when a critical hit will result in a 10% reduction in cooldowns and a 15% increase in health. Or Keen Humility, which increases the likelihood of a critical hit by 10% when all abilities are on cool down.

Voidcaller is the pivotal passive in this branch. Gain a stack of Void Essence upon a successful ability hit. When you have 6 stacks, you can devour them all to get a 3-meter aura that heals you and your allies for 30% weapon damage and deals opponents in the area 30% weapon damage per second. The healing has a 5-second duration and a 20-second cooldown. It scales solely off of focus. The most popular key passive in the community, Void Gauntlet, builds this one. With the help of this passive, you can create a 3 m-wide aura that deals 30% weapon damage to nearby opponents while healing you and your allies.

Basic healing and boosting of teammates are the focus of the Decay skill tree and its passive abilities.

The missile Baleful Tether launches tether you to an enemy, weakening it and increasing your strength by 4% per second. The tether breaks if the target moves more than 15m and the duration is 10s. Upgrades scale solely off focus and grant 100% mana regeneration while the tether is active and 80% of weapon damage as health if the tethered target perishes. For successful hits against a tethered target, your other Void Gauntlet skills' cooldowns will also be lowered by 5%.

The Orb of Decay is the next attack, firing an unstoppable orb through foes that deals 100% weapon damage and causes Disintegrate. This has an 8-second duration, deals 5 percent weapon damage per second, and lowers damage absorption by 5 percent. When at maximum range, it changes into a healing orb and returns, healing allies for 5 seconds at a rate of 20% weapon damage reduction. The healing scales solely with focus, as before. You can improve this to slow foes already under any debuff, decreasing their movement speed by 30% for 3 seconds, and receive 5% mana for each enemy the orb hits.

Essence Rupture, the last power in this tree, fires a projectile that causes Essence Rupture for 10 seconds while healing anybody it strikes for 20% of the damage. Damage that occurs gradually is exempt from this. Upgrades grant players 15 stamina upon striking an afflicted enemy and increase friends' healing by 80% of your weapon damage when a rupture finishes within 4 meters of the afflicted victim.

Deadly Range, Fervent Thirst, Refreshing Harvest, Radiant Efficiency, Leeching Bolts, Extended Suffering, and Mending Evasion are a few decay tree passives. Among the notable ones are Fervent Thirst, which grants 5 percent mana for each successful ranged light attack made against targets suffering from your Void Gauntlet debuffs, Radiant Efficiency, which reduces mana costs by 25 percent while above 0 percent mana, and Refreshing Harvest.

A glimpse of the Void, the main passive in this tree, grants a stack of Void Essence for each successful ability hit. Your next successful ranged heavy strike will immediately reset all Void Gauntlet cooldowns and eliminate all stacks when there are 4 or more stacks.

If you need gold coins you can buy New World Gold Coins at our website MMOPixel at an unbeatable price.

The best void Gauntlet builds in the New World

Healers in Aeternum thrilled at the announcement of the void gauntlet since it would give them their first weapon that could deliver damage. This build uses the life staff's healing abilities and combines these with the void gauntlet's tremendous damage potential. This build emphasizes healing, but it also equips you with sufficient firepower to take on content on your own. 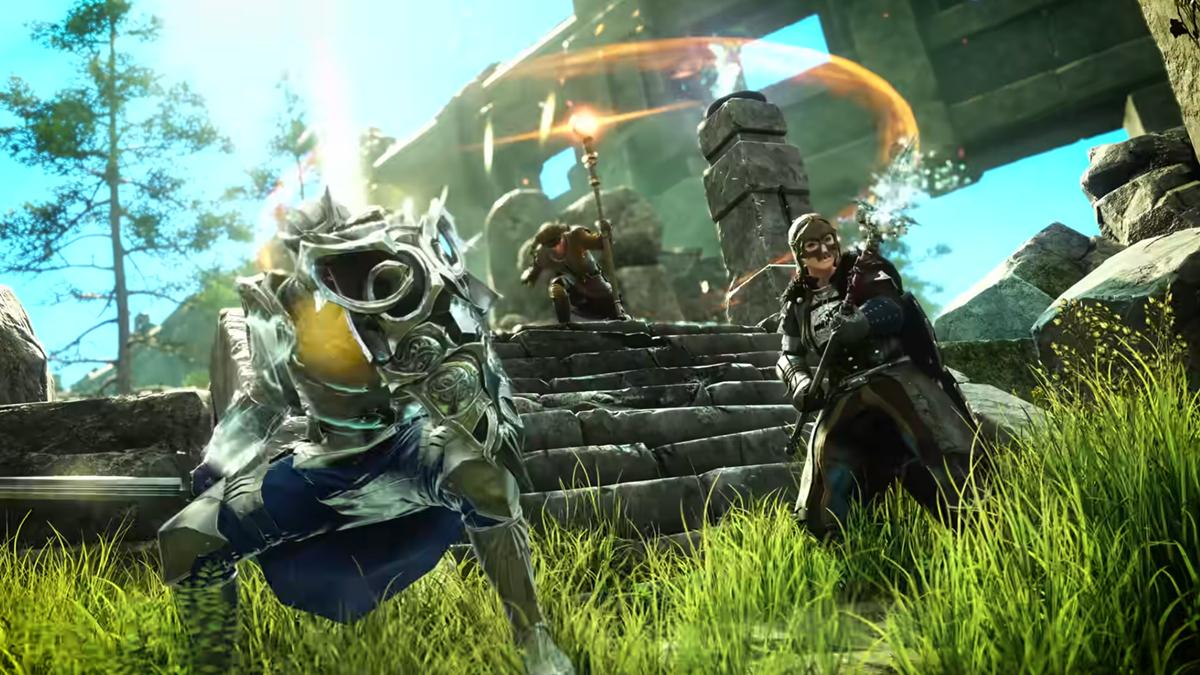 This construct is compatible with all types of armor; however, given how close players must approach foes, medium armor strikes a decent balance. Even while light armor poses a greater danger, it will increase healing and damage output.

In the New World, the fire staff/ice gauntlet combo is a go-to for dealing damage based on intelligence. However, the void gauntlet provides a second weapon to match the fire staff. This build uses the Empower abilities of the fire staff and Oblivion to concentrate on ranged combat while supporting a group.

Light. Even though you could perform it in Medium Armor, the increased mobility provided by Light Armor is crucial for kiting mobs, and this build is particularly strong in long-range combat.

The war hammer is ideal if you're looking for a playstyle that offers utility, debuffs, crowd control, and tons of damage. Although Essence Rupture gives this build some decent solo sustain, it is mainly geared for group content. However, investing in focus and running War Hammer/Life Staff will increase your survival.

Learn everything you need about New World Damage, Crits, enemy's weaknesses, and other important tips for you to fight like a god in New World!

Skinning in New World is literally skinning animals to get their hides. To make recipes for weapons, armor, and consumables, the materials collected via this skill must be used, making it one of the most crucial Gathering Trade Skills.