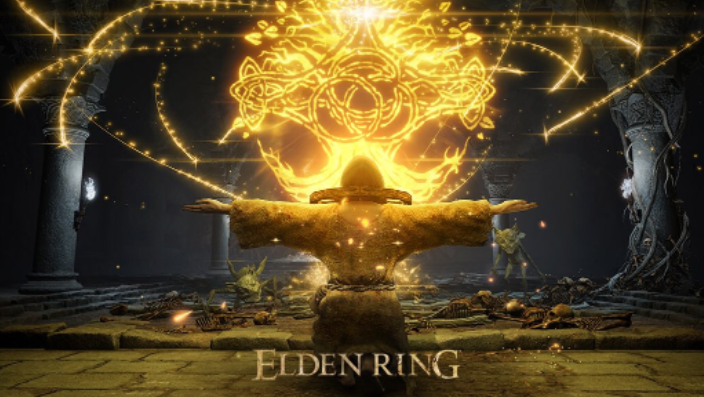 While it is an extension of Faith Build, you can use it for Level 50 and a bit later in-game. This Elden Ring Guide is all about Black Flame Apostle from Faith Build. So, without any further delay, let’s hop into the details.

Black Flame Apostle focuses on the Black Flame damage over time on enemies. While it is a mixture between Incantations, Buffs, specific weapons, Bleed Build, and so on, you need to be aware of a thing or two. Below, you will find all the things required for this stylish build.

In the Stormhill Castle area, you will find a seal by the name of Gold Slayer and you might ask what is it? For the most part, it is one of the essentials in Black Flame Apostle Build because it boosts the Gold Slayer Incantations and Black Flame spells. Instead of the staff, you require for using spells, the God Slayer Seal is an item that allows you to use spells.

Both the Black Flame and Black Flame incantation are the main theme of this build, while you also need the Catch flame which you can get from Corbyn. Finally, you will also need that Blood flame Blade Incantation found in Liurnia of the Lakes.

You will need a weapon with that Bleed Effect. You can have Uchigatana or something similar because it has a fast move set and has a bleed effect on it. If you don’t know about other weapons with bleed effects, you can try out Nightrider Flail, Bloodhound’s Fang.

First of all, you need that Blessed Dew Talisman, Green Turtle Talisman, and finally the Faithful’s Canvas Talisman. Being in close combat, you need to have healing of some sort. The Blessed Dew Talisman gives you that heal over time effect. Black Flame Apostle Build uses quite a lot of stamina concerning other builds and therefore, you require Green Turtle Talisman.

Lastly, for the boost on incantations concerning their damage, you need Faithful’s Canvas Talisman. It isn’t that much but still; something is better than nothing in the Elden Ring.

In case you might be looking for another great Faith build, we have a guide on “How to Build a Templar” here

Black Flame Apostle doesn’t need specific armor except for something without a heavy roll. If you are mid-rolling or below it, you are pretty much good with the build. Being an upgrade of Faith Build, you can wear armor with better Faith, but it isn’t necessary in this case. Still, if you can find the best armor with mid-roll, go for it because of close combat.

The main attributes here are Faith, Mind, and Vigor. Mostly, you don’t require Mind that much in any build, but for the Black, Flame Apostle Build in Elden Ring, you require it for the Black Flame. These spells cost you a lot of FP and in return, you need to increase it by giving points in Mind.

On the other hand, you need faith for better incantations and also to use the God Slayer Seal. All in one, the higher is your faith, the stronger your spells are. Lastly, you are fighting enemies head-on, so you need health to tank their attacks or stay alive. One thing that goes well with the Faith build is that Catch Flame Spell. Trust me, it is one of the most OP initial game spells you can get if not going for a specific build. Here in this build, you can use it for enemies that are resistant to physical damage. It costs less FP while being available early in the game.

Well, Black Flame Apostle is all about the Black Flames and that spell is truly for long-range combat. Dealing Damage over time, having good range, and getting enemies down is what makes this spell special. One more thing that makes this exceptional is its damage percentage based on enemies’ health. The more health other enemy has, the more damage this spell will deal.

In the close-up combat, you will be using that beautiful Black Flame Blade spell. Using a bleed effect weapon and putting this buff on will make it OP. You are dealing both Damage over time and the Bleed Effect to kill enemies within seconds.

Uchigatana goes well here because it has a Bleed effect and a quick move set that does Black Flame Damage over time to enemies. Same as the other spell, the more health an enemy has, the higher will be your buff damage.

If you want to do flame damage against particular enemies and also boost your bleed buildup, then you can use the other spell named Blood flame Blade. In case you are using a weapon without a status effect, this spell puts it on them. So, in short, if you can’t use Black Flame on enemies because of resistance, you can pretty much kill them with Fire Spells.