When you can hold a sword along with spells, it means your character can support pretty much everything in the game. One of the most famous builds for magic and spells is the Spellblade build but we got something here that is the next step. Yes, we are talking about Magus build, which is an evolution of that famous Spellblade build made for Level 50 players. This build is mostly spell-based and we got this article to help you in your Magus Build Journey. 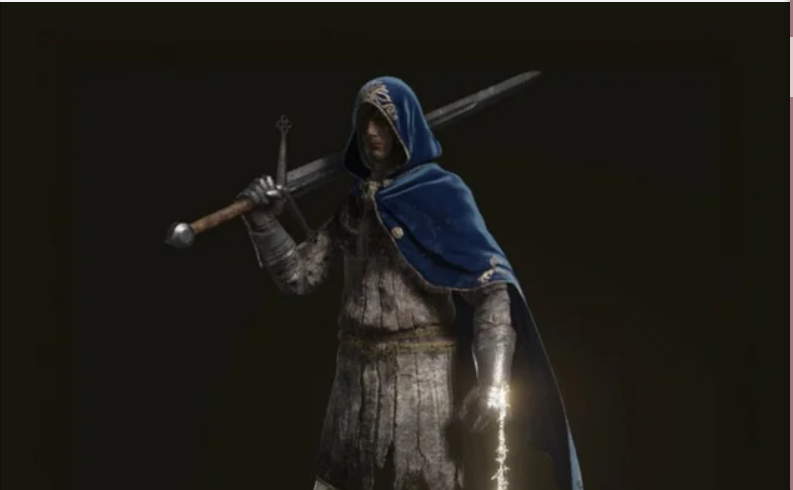 In the magic builds specifically, there are two ways in which you can go. First, you can go for a magic sword that deals damage to enemies, and secondly you can go for magic plus weapon build. But when it comes to the Magus build, there is only one way you can go; magic use in one hand and magic sword in another hand.

First of all, you need to have a staff in your hand to use magic, which is very obvious. The Staff you require is Meteorite Staff. You can also use that Academy Glintstone Staff, but you will have to be around that 25 to 30 intelligence mark to use it.

But for the most part, Meteorite Staff is the real deal here. You can use it without any heavy requirements. Just use the Academy Glintstone Staff whenever you can and upgrade it for the next part. You can find this staff from the Thops’s Body but first, you require that Academy Glintstone Key. Then, you must travel to the Raya Lucaria Academy, and on the right, you will find the body. If you don’t have the key, you can kill him to obtain the staff.

The in-game currency Runes can also help you achieve the game. You can purchase Runes from various sources. MMOPixel is a trusted source where you can buy Elden Ring Runes.

Now, the fun part is getting a weapon in your other hand. Yes, there are various choices out there but for the Spellblade Magus Build, you will need that Keen Rapier. You might ask, why only the Rapier? Well, it has an astounding amount of Critical which deals exceptional damage to enemies in chances.

Where to get it? You can get yours from the Round Table for around 1k Elden Ring Runes, which isn’t that much considering a great build. One thing to keep in mind is upgradation. Find some smithing stones and then upgrade your Rapier to +5 or +7 to deal good damage.

Specifically, you will need that good old Radagon Icon, Assassin’s Cerulean Dagger, and finally that Grave-School Talisman. There is a reason behind each pick; well, the Radagon Icon provides you with the faster cast for a weapon, and your magic weapon spells will be quicker. As you are doing mostly the backstabs, perry hits and so on, your Assassin’s Cerulean Dagger will provide you FP with critical. Furthermore, it also staggers the enemies. Finally, the Grave-School Talisman enhances your magic, which is obvious in this Magus Build.

Being a Spellblade build, you need something on your head to let the enemies know about your presence. In this case, the Queen’s Crescent Crown works like a charm that enhances your intelligence. You can surely use other helmets to put on your head, but it is a fairly decent choice.

It isn’t a mystery that Spellblade Magus Build requires a set by the name of Spellblade. It isn’t a requirement but having Spellblade Set in this build happens to make things easy. Furthermore, the gloves from Roger enhance your overall Glintstone magic, which is great for magic users.

If you are making a spell build, it is essential to have Glintstone Pebble by your side. Furthermore, to pump things up in Magus Build, you need to have that Scholar’s Armament and Carian Greatsword. For longer range, you need to have something useful like Loretta’s Great bow.

You need to have Ashes of war and that Glintblade Phalanx spell for the spell side. Ashes of war buff the spell in such a way, you don’t even have to hit enemies multiple times, it deals immense damage to them one time. It isn’t that essential, rather you need to pump it further in the game.

For the most part, you need to have Intelligence because your primary thing is magic here. For the use of magic and weapon, you need to have a bit on the Dexterity side as well. Endurance isn’t that essential here but for the heavy armor, you might need it further in the game. Vigor and Mind also don’t require that much attention. 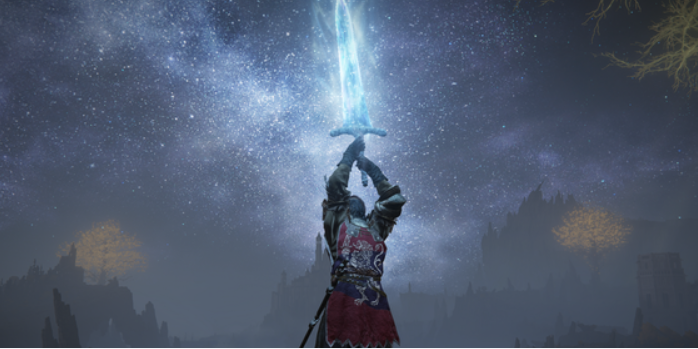 The only thing that remains is playstyle. Now that we mentioned spells for both melee and ranged attacks, it isn’t hard to notice that you want to upgrade things according to your style. If you want to go for melee, then investing in Rapier or Carian Greatsword is your best bet. If you want to go for ranged, then pumping that Glintstone, Longbow spell is great.

But the correct way to play with Magus Build is to invest in them all and keep things balanced. For a large group of enemies, you need to use that Carian Greatsword. If there are enemies in range, you can use Glintstone to kill them one by one. You get the point of this build, but make sure you have a Carian Greatsword because the Magus build can’t deal with multiple enemies at a time. Single enemies aren’t an issue here because the Armament spell can buff your rapier.