In Final Fantasy XIV, ocean fishing is a popular pastime for many players. For example, let's say you're trying to level up a character using Fisher levels. In this scenario, it is also an excellent activity to level up significantly, making it appealing for many people or anyone looking to get some achievements. However, before you head out to sea, you must be certain that you have the right bait. The entire list of bait you'll need to bring when ocean fishing in Final Fantasy XIV is covered in this guide.

It's crucial to remember that your ship will stop in several different zones along the way, so you should make sure you talk to the NPC before boarding the fishing boat to find out where you'll be traveling. As you move through the various routes, it helps to bring all the bait, but you can always buy more while on the boat. There are theoretically four pathways to choose from, each with three sites and a different type of fish. Ocean fishing: What is it?

Diverting below the waves to force a spear through large shrimp and sharks is not the same as ocean fishing. That was from a previous expansion. Instead, it's a quick trip on a specially constructed boat where 24 players collaborate to reel in various uncommon species.

It's fine if you haven't gotten used to fishing yet. The feature may be accessed and explored as soon as you pick up the class at the Fishing Guild in Limsa Lominsa. Of course, the chances are stacked against you at these lower levels for its hefty prizes, but Ocean Fishing is a terrific way to level up.

But you can't just leave the boat and come back for another journey. In contrast to Palace of the Dead's warfare courses, Ocean Fishing has a set schedule. So, if you're seeking the quickest way to level 80 Fisher, you'll have to level the traditional way between each of the boat's two-hour round trips. The benefits of ocean fishing can vary according to level. However, Ocean Fishing offers an absurdly high number of experience points, both with each capture and when the points are added up at the end, which are its main draw before reaching the level 80 ceiling.

Scrips, the final-stage currency of the three gathering classes, are given out by Ocean Fishing to individuals who have mastered their trade. The amount of Yellow Scrips you ultimately earn depends on how many points you score, but you can also get a few White Scrips by catching more elusive fish.

Beyond that, most players will initially focus on two distinct awards: the Hybodus mount and the Major General minion (more on both rewards below). Nevertheless, every fish you catch while ocean fishing can be framed and placed in your virtual home. Larger fish require larger frames, which can be purchased with the yellow scrips gained during each run by interacting with the dockside merchant.

Highly rewarding, isn't it? The tasks might seem simple when you read about them. But, experiencing them in the game is a whole different thing. Rewards will come to those who are ready for this fishing adventure; by ready, we mean properly equipped and have enough resources to last the journey. Obtain these resources with FFXIV GIL, which you can get from our website in case you are falling short of them.

Get the Spectral Current going

You will have three opportunities to go fishing while the ship is at its three stops. There are numerous fish species, and each favors one of the three baits. Also included is a ghostly fish. A spectral current, which can only occur once every stop and has a short window for obtaining higher-value fish, may be created by catching the spectral fish. The spectral current is crucial for achieving good scores when ocean fishing; thus, triggering it is always our main objective. EveryoneEveryone on board should ideally use the spectral fish's favorite bait until the present spawns. 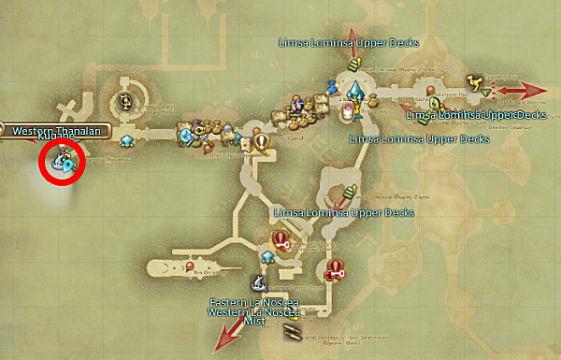 The fish tugging on the bait is visible. When a fish bites, it corresponds to the exclamation points above your character. A mild tug is indicated by one exclamation mark, a strong tug by two, and a vicious tug by three. Finding out a fish's tug strength allows us to identify the species of fish we are catching. Whether the fish is small, medium, or enormous, they all have a particular tug.

When the Spectral Current is present?

We select the bait that will allow us to profit the most from the spectral current once it is engaged, which is determined by various factors. We need a website called Lulu's Tools, which includes a page dedicated to ocean fishing, to help us figure this out. On the top, we can see the upcoming voyages, which provide information on the route and any bonus goals. The information for the upcoming cruise is listed below it.

Who Is Bite Time? You can see the biting time next to the tug, which indicates how many seconds pass after casting before the fish bites. So, before we reel in a fish, we can nearly always tell what kind of fish it is by observing the tug strength and the bite time, which enables us to use our skills to increase the point total.

Getting high scores in ocean fishing depends on knowing the fish on the hook and applying the proper techniques to maximize the points you obtain from that species.

When you use Cast, a timer only visible to you will start in your chat, telling you how much time has elapsed since you used Cast. To use a Cast macro, drag the button to replace Cast on your Hotbar. This will enable you to see the current bite time.

Skills and Combinations for Fishing

You may find out how many fish you can catch by casting a Double Hook or Triple Hook on a particular fish by looking at the Double Hook number on the ocean fishing website. If you use double or triple on some fish, they will produce various amounts.

A decent place to start is with a Double Hook on the appropriate species, but you can advance to the holy grail of ocean fishing: Double Hook, Identical Cast, Price Catch, and Triple Hook.

If you don't have the GP, another combination is available: Double Hook, Identical Cast, and Double Hook. In this situation, we are switching out the Triple Hook at the end for a Double Hook and forgoing Price Catch instead of simply trying to catch a big fish with our second Double Hook.

You can accumulate an Angler's Art stack each time you land a huge fish (the maximum number of stacks is 10). Thaliak's Favor can be used to recover 150 GP with three Angler's Arts.

We need them to make our huge combo work; thus, it is preferable to use Patients or Patient's 2 with Precision and Strong Hookset skills to catch a few sizable fish at the beginning of the trip. A minimum of six stacks are required overall.

A debuff termed inefficient hooking will be applied for two minutes if you use Patients or Patients 2. Therefore, we need to utilize a Precision or Strong Hookset rather than the standard hookset to remove this debuff. For light tugs, use Precision Hookset; for powerful, savage tugs, use Strong Hookset.

To practice, you can use Lulu's tools to view the available fish and choose a strategy. However, sometimes the right strategy and bait will work, but the right fish will not bite. Therefore, you must persevere in those situations.

While certain trips are better suited to attaining high scores than others, it is a good idea to accept whatever trip you can get while just getting started with ocean fishing rather than holding off and never receiving any practice.