New World has proven to be a difficult MMO game, requiring attention to detail when choosing a role to play. Because you see, even though there isn’t a traditional class system, you still have roles to play when you enter a dungeon or PvP battles.

One of these important roles in the New World is healer build. The utility of healing spells, =sacred ground and the possibility to gain fortify is huge in both PvP and PvE battles. All the skills you can use with a healer build are meant to help you and your group complete your objectives.

The survivability of your team depends on this build in New World. So if you want to become the best healer, we have a guide that teaches you how to do it. 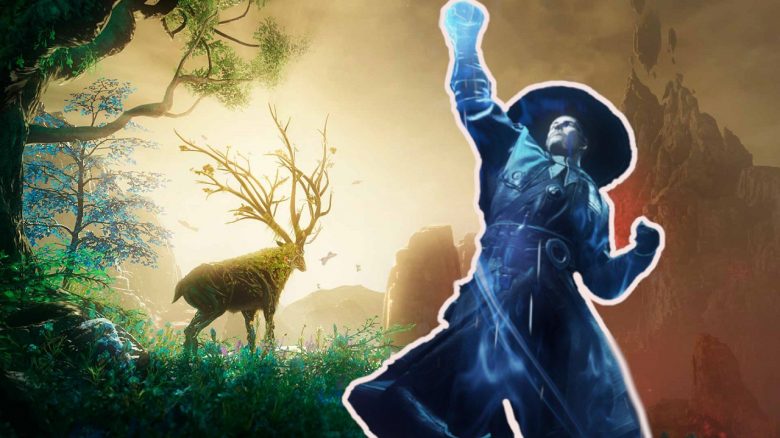 If you have plans to buy New World Coins,  MMOPixels can be your best choice. We will never let you down.

What’s a Healer In New World?

The healer class in all MMO used to be a bit marginated because they tend to be weaker than other classes and sometimes it’s even been confused with the Shaman Build. This doesn’t happen in New World. Since there isn’t a direct class system, the New World healer build you can create here is a mix between a dangerous DPS and the actual class that burst heals.

As such, to become a good healer must focus on:

You can achieve this by adding your attribute more points to Constitution, Focus, and Strength. Of course, their distribution will change according to the healer build you’re creating. 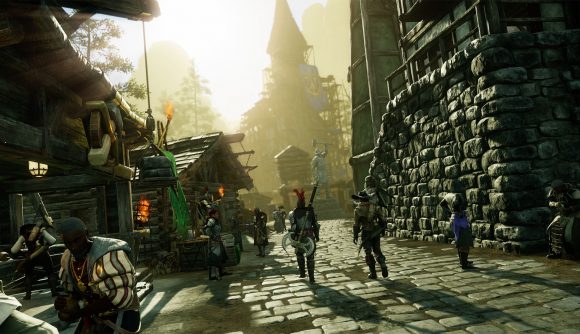 Healer Builds You Can Create In New World

There are four main New World healer builds you can create:

You should go for one of them, having your playstyle in mind. If you like only to play as a support, without making weapon damage, or if you do like to make light and heavy attacks once in a while. They don’t use a sword or a great axe, but still manage to deal some damage.

Below, we explain healer build so you can choose which one you want to be. 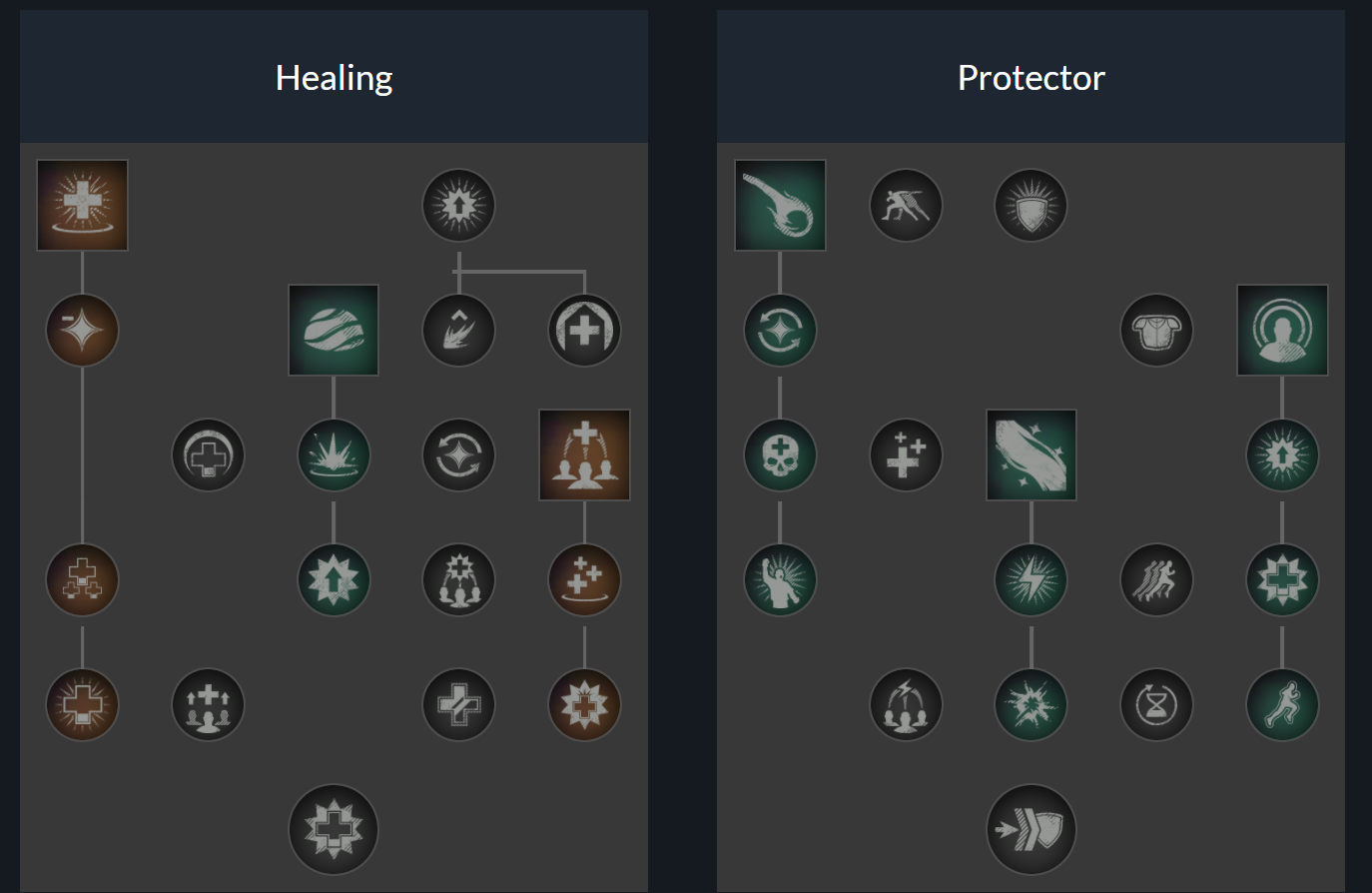 This support healer build is a great class you can use if you want to do both roles of healing and dealing damage. Of course, your main focus is to maintain your team alive, but if you have the chance to do some serious damage, you will be able to do it.

These kinds of healers use the Focus and Constitution attributes to exploit their healing abilities to the max potential. However, they are easily killable and slow for this matter, so playing solo can be a bit hard when fighting many enemies. This is when the Void Gauntlet comes in. 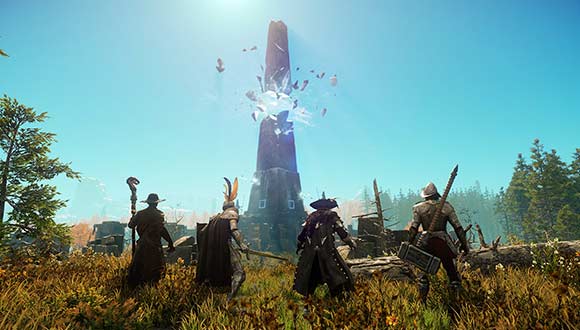 This gauntlet lets you overcome the lack of extra damage of this New World Life Staff build and gives you different potential choices in skills. That’s why this build makes the most in both PvE and PvP battles with high effectiveness. Mobs won’t stand a chance when you become proficient and learn the essentials.

To have the best combination of skill trees for this healer build, you must have your points in:

Now that you know this, below you can see all the skills you should unlock to create a great healer character.

The set of skills this build has focused on healing with the Life Staff. Yet it also takes the damage output seriously, thanks to the Gauntlet as a secondary weapon. These characters may use heavy armor to have some tank features and last longer to help their allies. However, this build works better with light armor.

You also have some AoE abilities to give buffs to your teammates while facing an enemy. 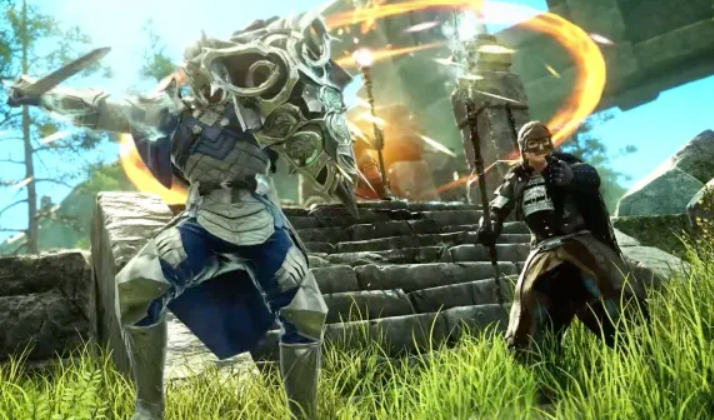 The Healing Disabler build is used by a character that loves to be part of a strong party. The main role is to heal and maintain their teammates alive while giving mobs tons of disablers and debuffs.

Its main attribute is Focus, so the healing output of this character is huge, with high chances of survivability and lots of disables. It also uses some points in the Strength attribute but not enough to actually deal damage, which is why this build has low DPS. There are high chances of death if you’re alone. 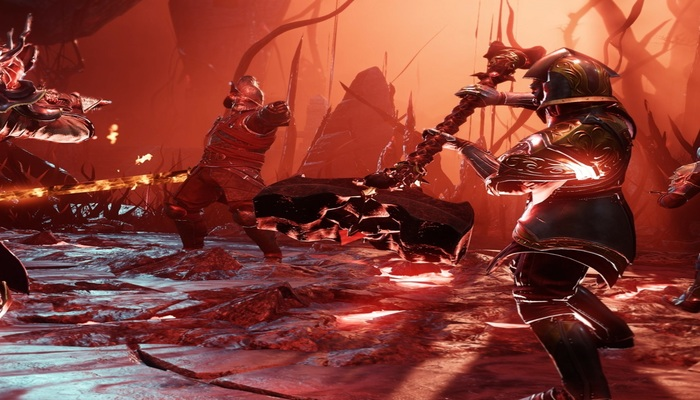 Since you will be using tons of spells and skills, you must find a way for mana regen. Otherwise, you could run out of mana in the middle of the combat, and your allies could die.

This character uses the following trees to unlock skills:

Now, the skills you should be looking for are:

The Healing Disabler build uses a Life Staff as the main weapon to heal the party and a War Hammer as Secondary Weapon to apply disablers and stun enemies. You will use medium armor because mobility matters. Characters with this build also have AoE healing skills. You can also change the build and use other skills from the principal weapon like Light’s Embrace or Desperate Speed.

Beware that in comparison to the build with the Void Gauntlet, you won’t have strong hit points even though you have a powerful weapon such as the hammer. 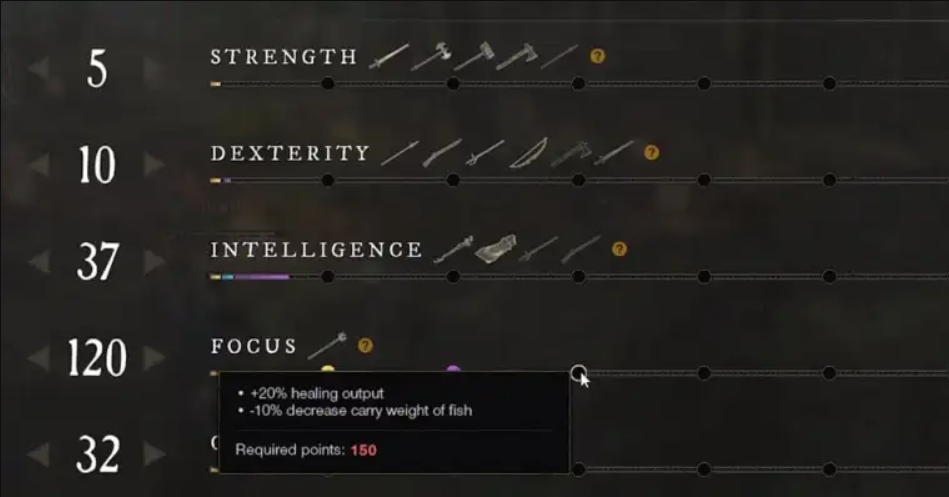 This Life Staff and War Hammer Heal build is a bit different from the above. These characters can deal a bit more damage and have damage absorption. This is because they use the Focus and Constitution attributes instead of Strength.

However, just like the disabler, your weapons don’t deal damage and there is a struggle in solo games. This New World healer build shines when it’s accompanied by strong teammates with high DPS. 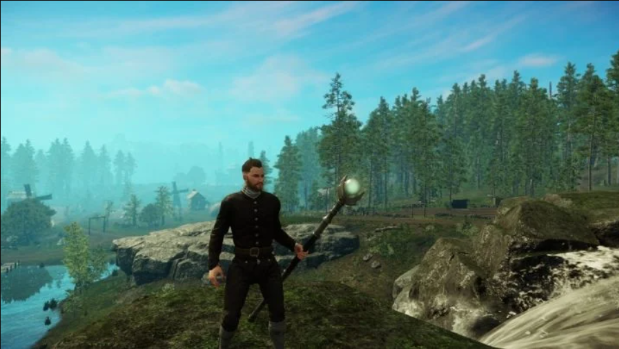 For this build, the skill points must go to the following trees:

Even though they follow the same skill trees as the last build, there are slight differences that may be worth noticing.

As you can see, besides healing, this build also focuses on crowd control (CC). And as such, since this character will also make some tank roles, it must use heavy armor.

This build is basically an improvement of the Healing Disabler build, where you use CC to lock a target and let your party do the heavy lifting. 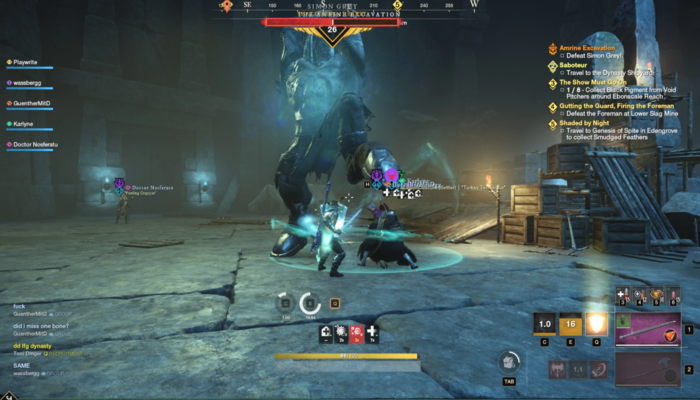 This is the best build for PvE purposes. You can maintain the health of your party while handling hordes of mobs easily. It also does passive damage that can drop the health of the enemies.

As a regular healer, it doesn’t defend well, so it’s a party-reliant character. Since it’s a character that uses tons of mana because of the magic spells, the attribute points go to the Focus and Intelligence section. 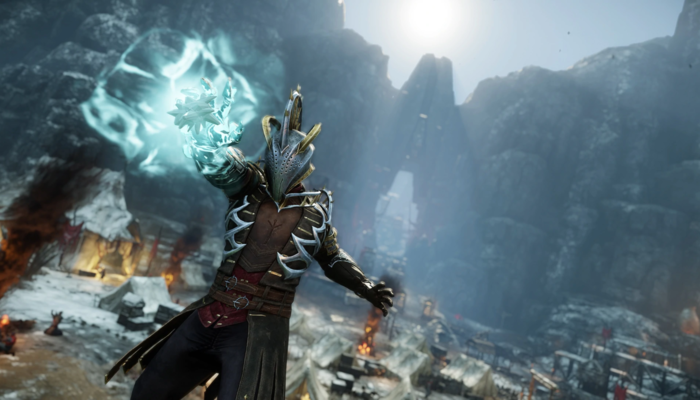 To develop this build, you must unlock skills from these trees:

The ice buff you can get from the Ice tempest and Builder trees can take the life away from your enemies and work as a sort of passive shield.

In this table, you can see the skills you can use for a solid Life Staff / Ice Gauntlet build.

Some of these skills can be replaced by Cleansing tomb. If you want to use this build, your primary weapon will be the Life Staff and the Ice Gauntlet as your secondary weapon. Light armor is the gear you have to use to dodge attacks better.

To add some AoE skills, you can unlock Ice shower if you have a skill point to spare. Entombed will also help you with the mana recovery situation. You will never run out of mana to help each ally. 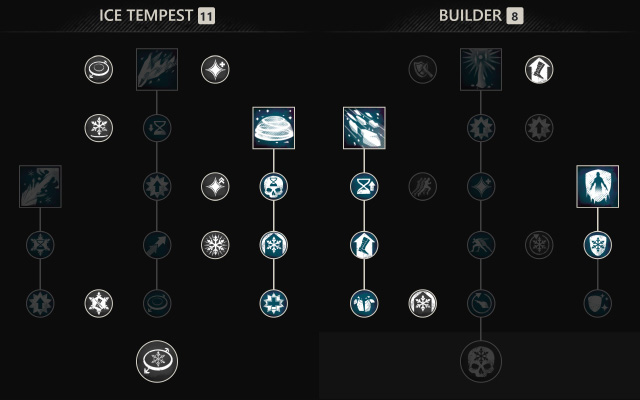 What Gear The New World Healer Builds Should Use?

Being a healer lets you use different kinds of armor sets and take advantage of the perks they have. Of course, talking about the builds above, you can clearly see the difference between each set.

Here we’re going to recommend you a few complete sets that can give you a solid defense or extra hitting points.

You will be able to find these armor sets in a specific tier. They will have better benefits the higher the tier. Among the benefits, there are:

Each benefit stacks, so for example, if a person has the entire set with an essential cast speed improvement effect, they could end up with a five seconds less waiting time while releasing their spells or more. 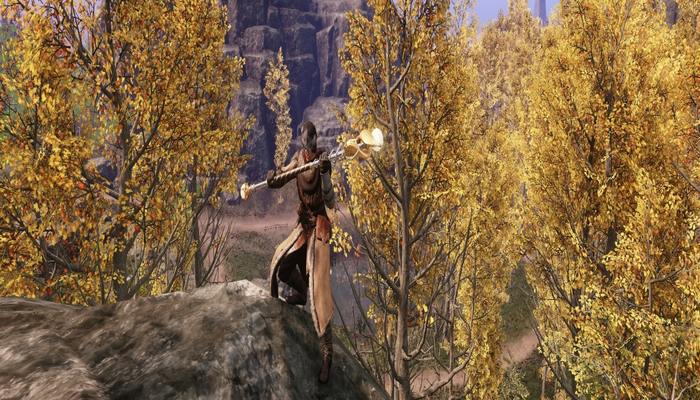 There are perks that you can add to your weapons or armor with gems. They grant you different abilities that you may find useful in your battles. As the character in charge of the health status and buffs of your allies, you may add these perks to your gear.

Below, you can see a list of the materials required and the effects they cause.

You can add your own materials and start the personalization of all your gear. Come up with a different angle or idea to combine different materials and watch your armor and weapons have more utility.

Depending on the role you choose to play from the builds you have seen above, your game style will change a bit, but in general terms, it will remain the same.

Your main job is to worry about your allies' health and make sure that they are all buffed so they can take on all the damage and make tons of damage. Note that you must remain standing in the back-line so you don’t get easily destroyed.

Now, once they are safe, you can focus on helping your group with disables and stuns if your role allows you to do it. If you chose the DPS variation, you can connect with them to push the battle in your favor by dealing damage.

Beware that the best healer doesn’t wait until their team is hurt; he acts up quickly in expeditions so all can have high chances of surviving. You can also help them escape from terrible bosses. 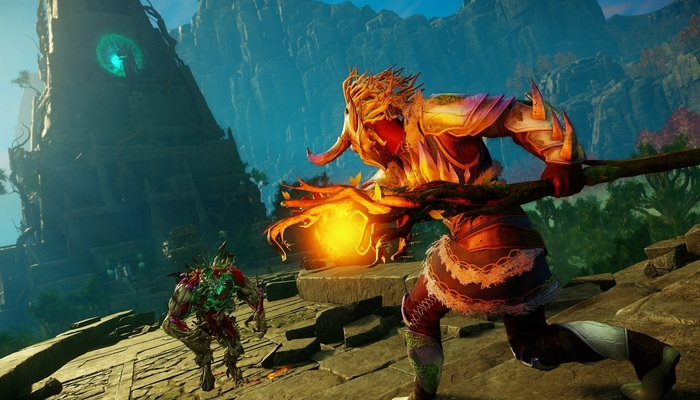 Your healer may look like a Cleric or a Shaman, but they are completely different from you. Frankly speaking, good healers with a Life Staff build are hard to find in New World, so use the information you got above to become the character everyone wants to have in their team.

Furnishing in New World is not only for aesthetics. Find out its main benefits and how to level it up with MMOPIXEL New World Furnishing Leveling Guide!

Arcana skill is one of the most important trade skills in the game. This New World Arcana leveling guide will teach how to level up fast.

Cooking in NW is a reliable and rewarding profession. Check our New World Cooking Leveling Guide guide and find out how to level it effectively with MMOPIXEL!

Develop your crafting-related skills in New World. Take your gameplay to another level with MMOPIXEL!