The space Game Industry tried to make things go beyond the boundary but hasn’t quite yet become successful multiple times. Star Citizen has been in making for quite some time, from 2012, and will be in development for years to come. A game of this massive scale is a risk but bears a greater reward in return.

As of 2022, Star Citizen has been introducing new updates and the game is pretty much playable, except for some bugs that want you to reset the character. So, all of this is true because of the Star Citizen Map that joins everything together.

The way you start with the choice of a respawn location from multiple to intergalactic traveling and quantum travel makes it one of the most unique experiences ever. For that reason, we are going to talk in detail about the Star Citizen Map, which is truly the thing that makes Space Game Industry worth a shot.

While checking the scale of the map, things start to get serious. You will know what is the real extent of the game and why is it taking so long to fully develop. When you go into the Navigation Mode, you will see the holographic model of the system you are in.

In the Current System, which is Stanton, you will see a total of four planets, each with its moon. The current radius of the solar system is roughly the orbital distance of Mercury. Which sounds small, but it isn’t. Let us explain further why?

So, the whole Radius is around 0.33 Astronomical Units, which makes up around 50 million KM, which is around six quadrillion square kilometers of simulated space. This type of massiveness has crossed the boundary for any simulated game world.

To support this, the engine uses 64-bit primitive types to represent objects in 3D space. It isn’t the real extent of the game as it is in the development phase and will remain there for many years to come. When the game fully releases, there will be a hundred plus systems to explore, all on this massive scale.

To travel the distance, game developers came up with the idea of Quantum Travel, which means your ships can cover the distance in space much more quickly as there are various space stations or jump points available to utilize Quantum Travel. We already mentioned the sheer volume of the game, which is gigantic. Now, to understand how the system of the game world. There are Planets in the solar system where you can enter and land your ship on. Just like Earth we live in, there are other environments, each with its unique habitat, design, environment, and even culture.

At the time your ship enters into the system of a planet, you experience that atmosphere hit simulation. Each ship has a different type of reaction to this atmosphere hit, some might face slowness in speed, some might have more fuel being taken and others might reach completely different forces of drag.

Just like in real life, the Atmosphere Density Increases once you reach the surface, the same can be experienced in Star Citizen. With each distance covered to reach the surface, you will slowly see the beauty of the planets in the game. Imagine, if each planet has that kind of attention to detail, what other maps will be brought into the mix after the full release of the game.

The planet might be far away from others, but this surely is the perfect replica of Earth, where we live nowadays in real life. There is the weather here, while most of it is covered with snow because of that bump.

Being a Star Citizen Map, you see that uniformity that other planets have, but with the concept to replicate Earth instead of that sandy dune-like the Daymar Planet.

If Humans can reach out to space like that, it means the game is far into the future. The peak of human industrialization is Arc Corp, as the entire planet is covered with manufacturing facilities and skyscrapers.

These things aren’t only for a few Kilometers, but rather thousands, which makes it even more impressive. This kind of Map procedure isn’t seen in any other game of the same genre, which is fascinating.

“If you loved what you read, consider giving a look at other services like buying and selling aUEC at MMOPIXEL in the easiest way possible”

How to reach Deep Space and Planets in Star Citizen Map

We already mentioned Quantum Travel in Star Citizen and that is exactly what makes the deep space and travel to various planets possible. So, when you are in your ship and want to travel far off into space or to reach certain planets, you simply look for Quantum Jump Points after pressing the B Button.

After pressing this Quantum Drive Key, you will start to see various points on your ship’s interface. Lock onto the one you would like and it will go into Quantum Drive mode to reach that space quickly. In the same way, you can Quantum Drive to Planets.

Now comes the main part of this article, which is the map of the whole verse in Star Citizen. Well, before coming to this point, we already mentioned what this game is all about and the sheer scale of massiveness it represents. There is the whole solar system, meaning it isn’t like the typical games that come with a single country map to play inside. There is no limitation to this game and Star Map is what shows you locations in space.

There isn’t a single Star System in-game, so it only shows you the recent one you are currently at. You can bring the Star Map on your MobiGlas by pressing the F2 key. This will show you the whole system you are in.

After that you can move to click on the Left Mouse Button to rotate the system, clicking the Right Mouse Button will pan the view and the Mouse Wheel to Zoom in and out of the system. This is where the Planetary travel comes into play.

After zooming into the location, you want to travel towards, simply set the route there and use Quantum travel to reach that location quickly. You can also zoom with a double clock on a specific location and it will show you that planet alongside its moons. You can pick either one to give a try.

Well, the only requirement for setting a route is sitting on the driver’s seat of the ship. You can’t, in any case, set the Route, it requires you to be on a ship and sitting in the driver’s seat. It fulfills the requirement and you are good to go. One other thing is that the game is in its development and can face some bugs. If you face one right before setting the route, simply reset the character to get things worked out.

Furthermore, on the Left Topside of Star Citizen Map Navigation, you will find that there is Current Fuel and Required Fuel. Below them, you will find the Quantum Points required to reach that specific location you set route on.

Keep in mind that the fuel is essential to make that trip and will turn red if you don’t have enough for that Quantum Travel. At that point, you will have to return to refuel and then get back to that location.

Finally, let’s talk a bit amount the various Maps that are available for you to observe in the universe of Star Citizen. Unlike most games out there where you get a map for that country or specific location, the Star Citizen Map is spread out, meaning there is one for everything. So, there are different maps like;

When it comes to the exploration and design of the game, there is no challenge to Star Citizen. Being something underdeveloped and will remain in this state for years, we can’t even imagine the true Map Scale of this game. Ranging from cities to planets and then planets to complete separate solar systems, there is too much to explore here.

Unlike most games where you can get the sheer scale by watching the map to cities, mission areas, and so on, the Star Citizen comes with a Star Map that shows you the whole current solar system you are in. Yes, there is more than one solar system to explore and will be released one by one after the development phase.

In this article, we uncovered what is the sheer scale of Star Citizen Maps, and talked about the exploration of maps and the Star Citizen universe, while touching on the navigation part of the game alongside Quantum travel.

Not everyone can buy those expensive ships in Star Citizen. In case you are looking to exchange your old ship for something new at the lowest rate, here is the Star Citizen CCU guide for you.

News comment
No results
Write comment
Latest News
More >>
Selecting New World Factions - Which One Is Best For You? 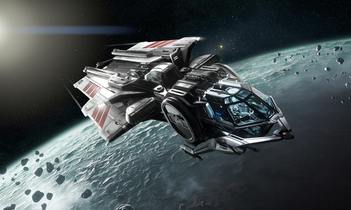 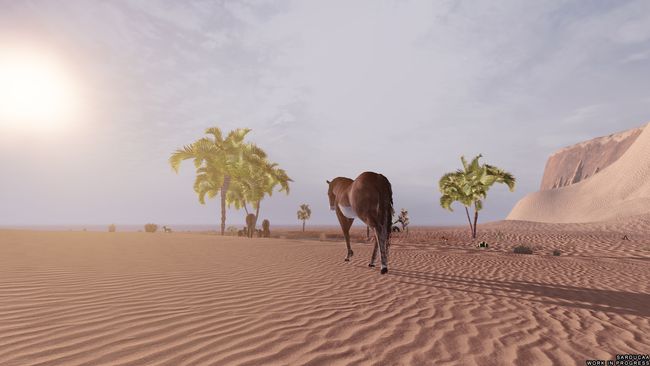