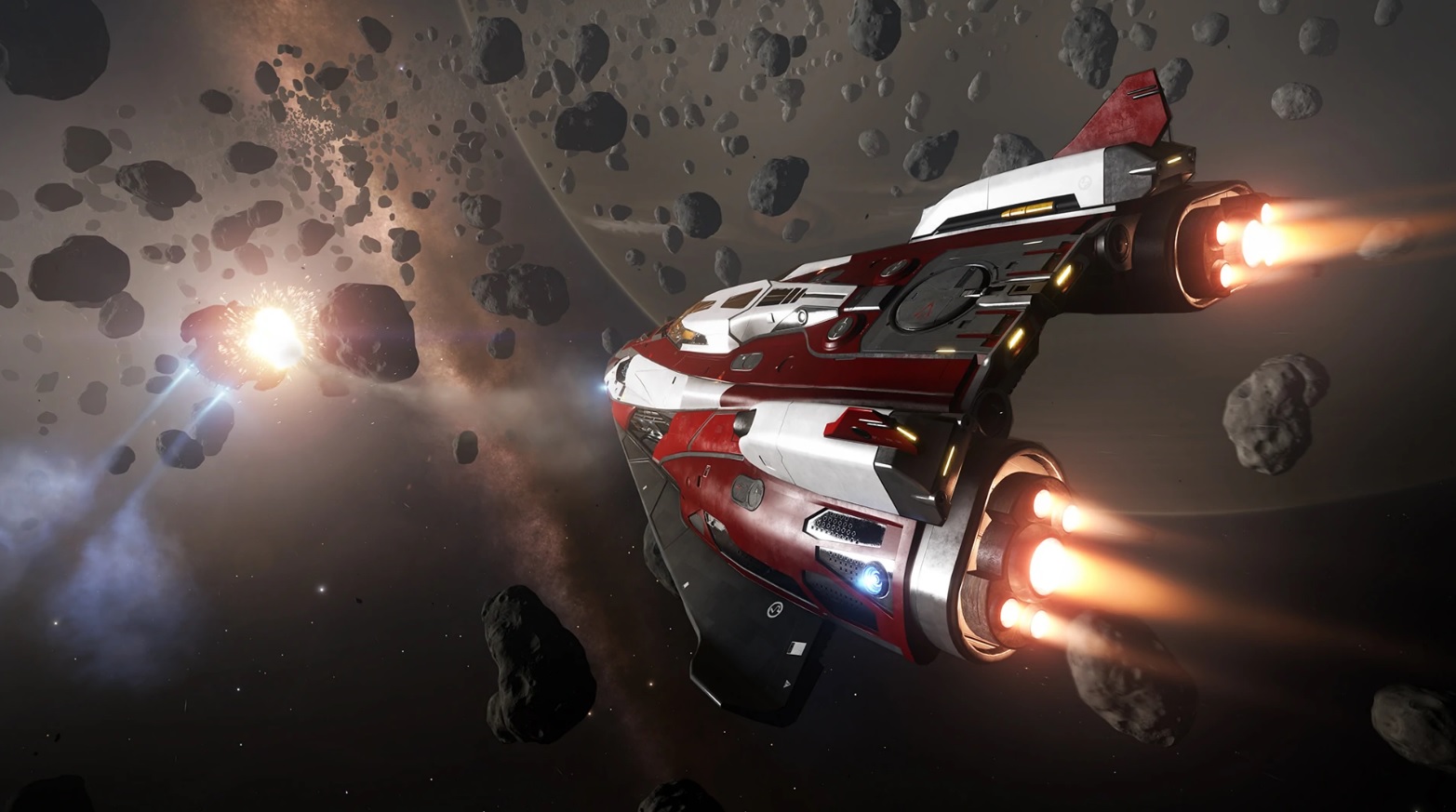 In Elite: Dangerous, bounty hunting is a very entertaining and practical way to earn credits, even if it only involves NPCs. This article gives a detailed guide on bounty hunting to make the most money per hour. Your straightforward objective is to: a Viper with beam lasers and many weapons on gimbals.

You should understand a few things before you begin working as a bounty hunter. Which vessels should you employ? What is the most efficient means of generating income? Which weapons should you equip your spacecraft with? Here is all the information a novice bounty hunter should know.

Bounty hunting is relatively easy, especially for a novice. You should target NPC pirate ships or ships with contracts placed on them by some of the game's smaller factions. The Kill Warrant Scanner is a crucial component of any Bounty Hunter quest.

You can scan approaching ships with this ship improvement to determine whether or not they have a price on their heads. Simply assign it to a fire button and aim it towards approaching ships to utilize it. A bounty has been set on any highlighted ships, making it simple to enhance your final payout.

Thinking about how to obtain a bounty voucher? Sure, blow the ship up.

Before firing, just make sure you have scanned a ship and verified its bounty. If you fire on a random spacecraft in any Resource Extraction Site where NPC security is present, you will probably become their next target. Not the greatest for beginners. These security patrols use more advanced aircraft. If you specifically acquired Elite Dangerous to test out the mechanics of bounty hunting, you will begin the game with the Sidewinder. Every new pilot starts with this little ship, which is more than capable of dealing damage and racking up early rewards at one of the opening Resource Extraction Sites despite its small size and appearance.

The following is a general introduction to bounty hunting:

Some of the processes stated above can be tiring and a little time-consuming. If you want to make some purchases and get ahead in the game faster, you can buy credits using real money.

To aid you, visit our website MMOPixel to purchase FFXIV Gils. We offer the best service only.

In Elite Dangerous, the Eagle Mark 2 is the closest thing to an X-wing you'll find. It has a powerful punch and is inexpensive. It is also the perfect ship for a novice pilot, costing only 44,000 credits. Don't be fooled by the Eagle's modest price; with the right player, it has all the makings of a practical bounty-hunting vessel. The details are as follows: Don't Hit the Eagle, He Has Terrible Shields

The Eagle's mobility is by far its greatest asset as a bounty hunter, and you'll need it because this ship's defenses are essentially useless. Any kind of damage will cause the Eagle to be annihilated. However, it can avoid other ships attempting to overtake you because of its quick turns and stay hidden behind opposing ship turrets.

Utilize the benefits of the Eagle with this example build:

Thrusters, a power plant, lightweight alloy (these are your basic internal options), Shield Generator, Eagle Multi-Cannon, Beam Laser - every bit of armor is going to help and is vital. These are the kinds of weapons you should explore with. Kill Warrant Scanner - more on the significance of this in a moment.

How to find ships with bounties on them?

Bounty Hunters use a variety of tactics to increase their chances of locating respectable ships to destroy. As ships slow to dock, many bounty hunters will wait outside stations to inspect various spacecraft. They might even wait atop Fleet Carriers in orbit. You should do this if you're a more seasoned pilot because many of the docking ships will be other gamers. NPCs and Resource Extraction Sites are frequently present at resource extraction sites. Because they prey on defenseless miners, pirates are the ideal prey for bounty hunters. You are significantly less likely to find anything - or anyone - of worth if you are traveling to a remote asteroid ring. If you want to maximize your revenues, stay in populated regions.

It's a good idea to go to a Nav Beacon for individuals who want to get going quickly and might be feeling a little more hesitant about their abilities. The NPC ships frequent these floating data locations. When you find a bounty, use the Kill Warrant Scanner to look for it and then start fighting. Simple.

The Eagle may be inexpensive and great, but Elite Dangerous is brimming with intriguing ships to test. Among the best ships for bounty hunting are: