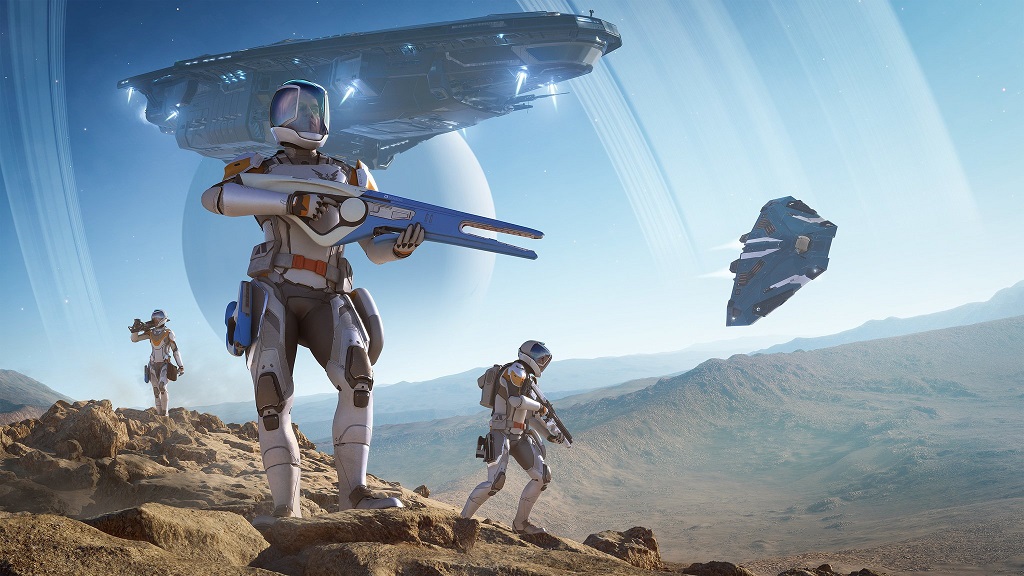 Elite Dangerous has a wide range of distinctive gameplay cycles for the player; most are unique ways to acquire the credits required to buy anything a player may need. Even while many of the features may appear difficult to achieve for new players, starting the game and amassing wealth isn't as difficult as it sounds.

There are various activities to fit different playstyles. The number of credits you earn by trading and exploring determines your trade and exploration ranks. Your ability to upgrade your ships and acquire more significant, better ships for trading, exploration, and battle will increase as you accumulate credits more quickly. The most obvious way to increase your credit is by completing missions, but there are other ways. These are just a few of the numerous ways those Elite: Dangerous credits can be earned.

Players who perform the combat role of bounty hunters destroy wanted (criminal) ships. Beyond missions, you can discover several desired NPC (non-player controlled) ships in star systems where you can go bounty hunting. Ships can be targeted and scanned to determine whether or not they are wanted. For wanted ships you capture in a particular star system, you'll receive a Bounty Voucher that can be redeemed at nearby stations. One large wanted ship, like an Anaconda, can be taken out for 50,000–300,000 credits. Bounty-seeking has the advantage of being low risk. Bounty hunting doesn't require you to be a master combat pilot because you'll have security ships on your side near Nav Beacons. It is a little simpler to eliminate desired targets without losing your spaceship while security ships are present.

One of the most popular ways to earn credits in Elite Dangerous is through commodity trading. Players can earn credits through trade by selling goods for more than they paid for them at various stations. Even many pilots who don't trade certainly engage in some simple trading to increase their credit balances. Trading the most expensive metals between stations helps serious traders collect large sums of money.

Gold, silver, and palladium are among the most costly non-rare commodities you can trade in the game. Finding locations where those metals are sold at below-average prices is worthwhile if you want to make significant profits. With rare commodities, you can even engage in some respectable trading. Limited supply, rare commodities increase in value as you move them away from the initial stations from whence you purchased them. Elite Dangerous contains roughly 141 uncommon goods.

The term "Booze Cruise" refers to a unique, very profitable event that players organize. About once a month, this incident occurs when the system Rackham's Peak enters a state of public holidays, and wine prices soar. Fleet carriers are loaded with wine and transported to Rackham's Peak on a monthly journey to take advantage of this situation and sell wine there. The earning potential is enormous, and many players make billions of credits in a matter of days. The problem is that Rackham's Peak can only be reached by the fleet carrier and is over 5000 light-years away from Sol. This implies that individuals who wish to take part must board a carrier. Passenger missions are similar to trading but possibly even simpler and more lucrative. Players must have passenger cabins fitted for this because it entails accepting passenger missions at stations and transporting passengers to specific locations. The Robigo Mines station, which offers numerous passenger missions to the adjacent Sirius system, is one of the most incredible places for this. Python is the appropriate vessel for this, ideally having a range of around 30 light-years to shorten the journey as feasible. Players with a solid reputation at the station can earn between 100 and 120 million credits per hour. Passenger missions are dependable, simple, and highly lucrative. Keep in mind that Robigo Mines is not a port for huge ships.

In Elite Dangerous, you may earn credits by finding misplaced cargo at mysterious signal sources. You only need to engage supercruise, search for, and fly to unknown signal sources within a star system. You frequently find missing riches at signal sources when you arrive and exit the supercruise. Then, using your ship's cargo scoop, you can gather any missing loot you come across. Although not all of the "treasure" you uncover is likely very valuable, you can locate priceless missing goods, like gold, at select signal sources. Remember that any lost items you find at signal sources will be considered stolen property. As a result, the loot you find won't be able to be sold at regular marketplaces. You can, however, sell the stolen goods to the contacts some stations have on the black market.

Ground warfare is now a viable method for earning money thanks to DLC (Odyssey), which included atmospheric planets and allowed players to move around planets and stations. Finding systems at war and employing Frontline Solutions at a station to travel to a ground battle area are the best ways to accomplish this. However, remember that ground warfare can be dangerous and that G3 equipment is likely required for players to succeed in highly vigorous battle zones. Nevertheless, ground warfare has the potential to earn players a decent harvest of between 20 and 30 million in credits per hour with the correct equipment and some experience.

In Elite Dangerous, players can engage in anti-Xeno combat by engaging in battles with the Thargoids, an alien race with which mankind is at war. It's best to have at least some prior combat experience before beginning thargoid hunting because it can be challenging. Though it takes a lot of skill and experience to attain, the most excellent thargoid hunters can earn up to 100 million credits in an hour. Therefore, beginner anti-Xeno combatants should start small. Fighting Thargoid Scouts is simple, and players should progress to fighting Interceptors from there. In Elite Dangerous, powerplay refers to a continuous interplanetary territorial conflict involving important players allied with both significant and minor factions in the game. You can declare your allegiance or support for a Powerplay character. You will receive a Powerplay rating of one and 1,000 credits for each weekly Powerplay cycle. You must swear allegiance to someone to obtain the weekly minimum of 1,000 credits. You can accrue significantly more Powerplay cycle credits by improving your rating through active involvement in your sponsored figure's planning and expansion efforts. There are five ratings, and the top one can earn up to 50 million credits per cycle. For players with higher ratings, actively playing the Powerplay game can be pretty profitable.

With the correct ship and setup, mining can be one of the most profitable sources of revenue, with players having the potential to make credits well above the 100 million mark each hour. Core mining and laser mining are the two basic forms. The simplest and most lucrative form of mining is the laser; however, mining of the core is more interesting and is preferred by some. The Type-9 or Python are the best ships for mining; however, the MK-III is an excellent option for beginners. Surface scanners, a sufficient number of cargo racks, collector limpet controllers and prospects, a refinery, and laser ships are all needed to extract the ore. Seismic Charger Launcher, pulse wave sensors, and Abrasion blasters are necessities for core mining ships, which are a little more complex. To mine using a laser, look for asteroid rings with overlapping hotspots, locate the ideal asteroid with prospector limpets, and then just shoot with the lasers to begin removing ore. New players might wish to avoid core mining until they have more expertise because it is more complicated and necessitates the usage of explosives.

The processes stated above and the ones yet to come can be time-consuming. If you want to get some money and make purchases quickly, you can buy them using real money.

To aid you, visit our website MMOPixel to purchase Elite: Dangerous Credits. We provide the cheapest rate on the web.

The quantity of space players have access to in Elite Dangerous is one of its most impressive features. The game recreates the Milky Way galaxy and gives players access to 400 billion possible systems to explore. For beginners, earning money by exploring the galaxy is an excellent idea because it is an easy and low-risk task. A fuel scoop and Detailed Surface Scanners (DSS), which can be used to scan planets closely for an additional financial incentive, are required for explorers to equip their ships.

Players need to use the Full Spectrum Scanner to get extensive information before scanning the planets with the DSS to make the most money. Ships will automatically perform a preliminary scan of each system they enter. Earth-like worlds and water worlds are planets to keep an eye out for because they can each earn more than 3 million credits when fully scanned. To scan systems that haven't yet been visited by other players and get a big credit boost, players need to venture outside the Bubble.