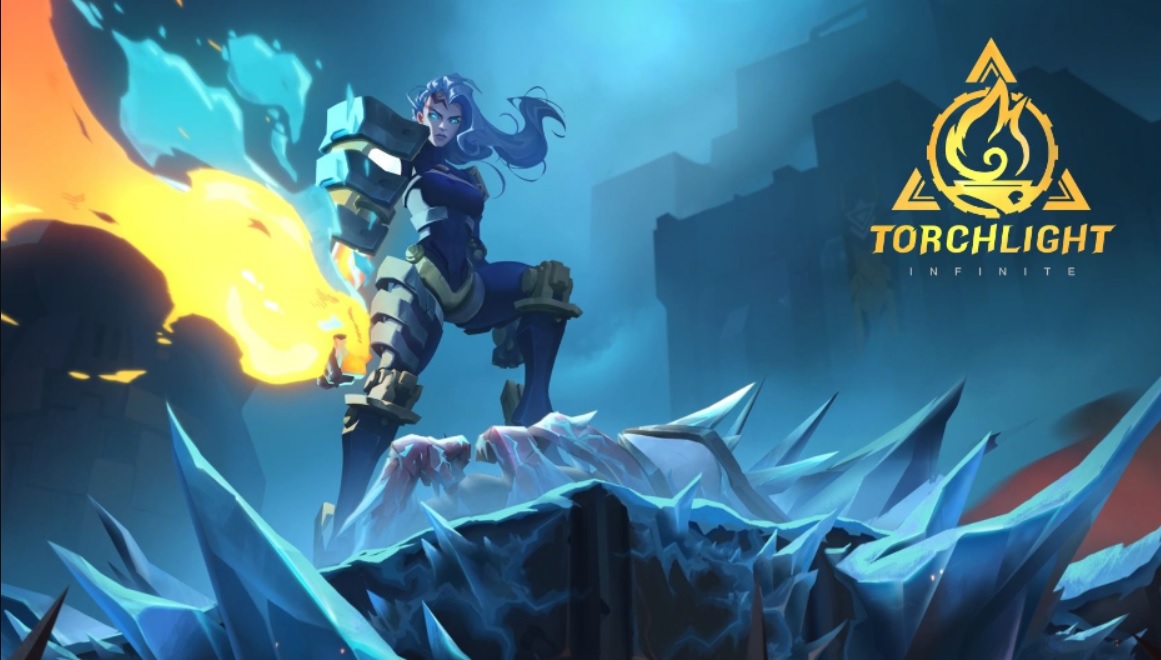 The Torchlight series inspired the new game Torchlight Infinite, which is now undergoing a restricted beta test. We must maintain our position of authority in this game, which offers a tonne of brand-new elements for an action RPG game. If you like Torchlight II, you will be familiar with this new game, and the Torchlight Infinite series will impress you with its material wealth.

Torchlight: Infinite is designed with touchscreen controls, allowing you to freely navigate your character model across the map using the on-screen joystick. On the map area, objective markers can be seen to help with navigation. In addition, enemy hoards will appear in every zone and will randomly drop valuable equipment. You can travel between zones using warp points as you complete quests and explore new areas. As you progress, additional regions will be unlocked on the global map, allowing for simple, fast travel. What is Flame Elementium?

In Torchlight Infinite, Flame Elementium is the most widely used trading currency and a crucial crafting material for crafting some of the best gear towards the end of the game. Even though it's not necessarily an extremely scarce resource, it could become one if you don't farm it properly. Our tutorial will assist clarify some of the finest techniques to farm.

You are beginning to play about with your build when Torchlight Infinite is nearing its conclusion. You search the auction house for a few things, but they all require crafting resources that you lack. How will you obtain it?

In Torchlight Infinite, there are several unique ways to obtain Flame Elementium. When you reach the fourth Netherrealm layer, the currencies drop randomly and become more frequent as you advance. Having stated that, let's discuss the most effective techniques to harvest "Flame Elementium."

By effectively mapping and applying for your cards, you can first farm Flame Elementium. This approach will need some planning and a little bit of good fortune. To begin, you'll need a build that can swiftly harvest higher maps(above tier-five). More maps are produced per hour with faster mapping, which results in more money.

The following trait cards are ones you should unlock and have in your deck of cards:

Additionally, you should have several memory compasses that improve the amount of gear and flame fuel that drops, increase the rarity of drops, add rare monsters, and boost drop rarity. Finally, before you stop, your map should be rolled for high rarity and quantity values, ideally above 100% rarity.

You must now start a new hand in a location and obtain the 3 cards so they can be plotted on the map. The maps are then run in order, beginning with Doughty and ending with Sharp. You will now roll your map after adding the compasses to have a high quantity and rarity at Generous. After these pieces are in their correct places, the ideal scenario is that more of those parts will be upgraded to Flame Fuel and, subsequently, Flame Elementium due to the increased pack size, gear drop rate, and rarity. This method works best on tier 7 or tier 8 maps because those tiers can roll more quantity and rarity.

Path of the Brave is another resource you can harvest to produce some decent money. But, again, better treasure and a greater likelihood of finding raw Flame Elementium drops are rewarded at higher ranks. Selling off Items in your Inventory

To create "Flame Elementium," begin interacting with the Auction House. Early and mid-game products can be sold for respectable sums of money. Fortunately, once you reach level 60 and access the Auction House, the game offers an in-game pricing monitoring system.

You can also sell some more uncommon Embers you come across, like Restless and Ominous Embers. Again, you might come across some throughout your gaming career, so selling these can be beneficial if you intend to avoid trying your hand at meta-building.

You'll unavoidably gather a lot of memory shards as you blast through the maps. So take advantage of the opportunity to turn in your memory fragments at the Spacetime Wanderer after a few complete cycles. Using these bits, you can get many legendary weapons, unprocessed money, and other items.

At the Auction House, you can exchange some of your cash(generally low level) for Flame Elementium, for example. Likewise, people exchange their "Flame Elementium" for base embers or flame dust. It might be a good way to occasionally choose a few additional Flame Elementium if you have a chance to have a lot of this. To be sure you aren't paying too much, I would double-check the cost of every item you attempt to convert. While this procedure requires patience and scouring, it can eventually result in 10–20 units of Flame Elementium with no further grinding.

As has already been noted, Torchlight Infinite has a wide variety of crafting supplies. Flame Fuel and Embers are the main components. You can obtain lower-level flame fuel by bringing any undesired gear to Edwin and having it disenchanted. Your loot will be filled with embers, which are needed for crafting.

We recommend carrying through this method if you won't be using the dust or embers to manufacture anything or if you are short on Flame Elementium and need to select an essential legendary item. To aid you, visit our website MMOPixel to purchase Torchlight: Infinite Flame Elementium. We provide the best service and cheapest rate on the web.

Additional Tips to keep in mind

Remember that the Torchlight: Infinite pet system is a paid feature; it is there to encourage making the game (much) more straightforward, but pets are not required to complete the game. Pets or Pactspirits can alter your Pact, and this opens up skill trees that can grant your character stat bonuses, extra experience, and drops. You can have three pets in your Pact at once.

By opening your bag, you can equip equipment. There are nine gear spaces available for modification. Always take every piece of loot you find because enemies sometimes drop stuff on the map. The adversaries will level up as you get further in the narrative and acquire more levels, as will the items they drop.

Gear is the most often fallen loot. Five characteristics make up a gear:

In the game, there are over ten different sorts of embers. Embers are vital ingredients in the crafting process, and their types determine the affixes' directions, which helps to raise some stats. Meanwhile, if you are having trouble with flame Elementium, sell your embers on the trade board, and price-check them. You can make a lot of Flame Elementium this way and use it to buy better gear that will enable you to reach TL7 sooner and clear it more quickly, enabling you to reach all the other points.

Cards will greatly aid in this, and as you develop your trait deck, you will discover farming techniques that greatly enhance your ability to generate resources (such as cards that upgrade flame fuel dropped, turn drops into flame fuel, and cause bosses, including bosses involved in league mechanics, to drop flame fuel).

That concludes the guide! Even though the game has only been in open beta for a few weeks, players have already discovered some of the most effective strategies for maintaining their monetary gains. Although more could be added in the future as the developers add additional systems with each new season, these techniques ought to be quite time-safe. When a new season debuts, check back to see if any new techniques have been included.