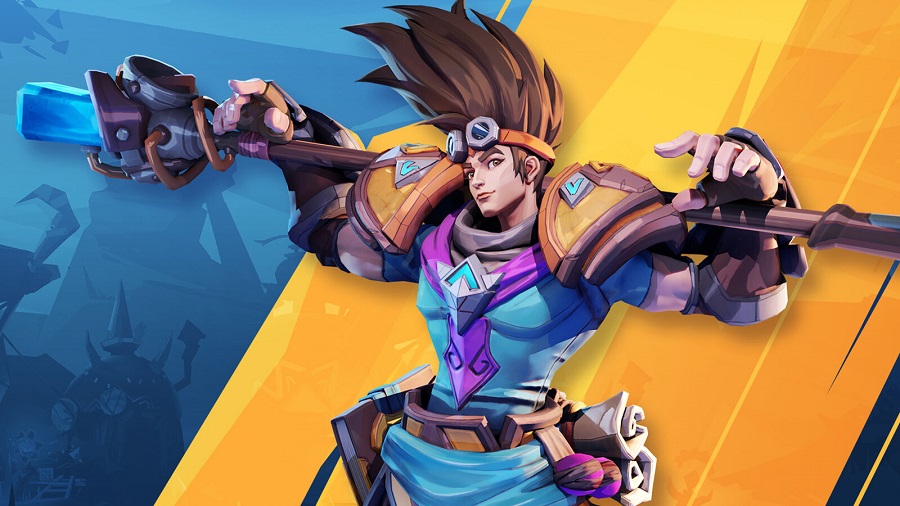 In Torchlight: Infinite, which takes place 200 years after the events of Torchlight II, you are thrust into a thriving technological age represented by the colorful characters, cutting-edge tools, and foes you come across. Similar to other Torchlight games, the emphasis is on action-packed fighting, versatile hero construction, and a wide variety of unique pets to help you in battle.

The mobile combat resembles Wild Rift in a lot of ways. With the usual joystick at the screen's bottom-left and your abilities on the right, it's simple to learn. Your explosive magic attacks give you a great sense of power early on in the game, and as you progress farther into the game, this sensation only grows with you.

The art direction is distinctive and aesthetically pleasant, with individuals adopting chunky, artistic appearances. At the same time, the setting retains the magnificent grunginess, full of meticulously produced details and steampunk themes that initially drew me to the book. You will undoubtedly appreciate this enhanced artistic style, while some die-hard fans of the old games might only be somewhat pleased. Early on in the game, it can seem simple to get into the flow of the battle, but there is a delightfully surprising amount of depth to be found. You can customize your character to fit your unique playstyle using talent points; each skill has subnodes, buffs on weapons that complement specific abilities, pets that fit your build, and more. This maintains the sense of character flexibility in the original Torchlight games. The gameplay seems incredibly smooth, similar to a well-balanced blend of mobile MOBAs and the original Torchlight. It might not be as appealing to ardent fans of the first two games, but it's still a fun little ARPG romp that appeals to new players and smartphone users without giving up a lot of its depth and sense of identity. How to earn Money in Torchlite: Infinite?

You will need to play Torchlight: Infinite, visit the planet, complete numerous challenges, engage in battles, and other activities to earn money. It's not like you'll see a certain one of them in the game executing a particular action. You will begin acquiring them gradually as you progress through the game.

Gear is the most often fallen loot. Five characteristics make up gear:

After being claimed, the majority of items need to be recognized. After identifying a piece of equipment, you can view its affix stats by:

Unwanted items can be exchanged for Flame Residue, which can be used to purchase Flame Dust, a fundamental crafting resource, from the Trader in Hideout.

The prizes also include Embers, Crafting Supplies, Fossils, Water of Forgetting, Netherrealm Resonance, and Energy Cores in addition to the gear. Don't miss any of the phases because commodities are essential to them all.

In the game, there are over ten different sorts of embers. Embers are vital ingredients in the crafting process, and their types determine the affixes' directions, which helps to raise some stats.

Flame Dust, Flame Sand, and Flame Elementium are the three categories of crafting materials currently available. Crafting gear with 0 to 1 affix requires the usage of flame dust. To create gear with 2 to 4 affixes, use flame sand. Finally, a highly uncommon Orange substance called Flame Elementium is utilized to make gear with five to six affixes.

Currently, there are two categories of fossils:

Both fossil forms are pretty uncommon and of Orange quality. Put them to good use.

Talent resets are free up until level 70 but not after. One Talent Reset Point can be obtained by using the Water of Forgetting.

To update Netherrealm Stages, attach the Netherrealm Resonance Base. The utilization of it in late-game Energy Cores is common.

Beacons are prized items that act as keys to unlocking the Netherrealm Challenge. Beacons, which come in various ranks, are dropped during combat. The harder a Beacon must work to unlock a Netherrealm, the higher its rating. To swap a Beacon with a higher rank from the Trader, use 3 Beacons with the same name and rating. Only a Beacon Blind Box of the same rank may be exchanged when using two beacons with the same name and rank. The sole paid-to-obtain currency in the game, for now, is Primocryst. Primocryst can be used to buy particular products in Shop in addition to extending Bag and Inventory Pages: Insight Crystals and Fantasy Crystals, which must be purchased to create pets and clothes in the Boon system, as well as Revival Tokens, which can revive a character in a battle to avoid the penalty for EXP deduction.

Make money by selling off items

Interacting with the Auction House is the next stage in making money. Mid-game products can be sold for respectable sums of money. Fortunately, the game provides a pricing monitoring mechanism after you reach level 60 and can enter the Auction Houses.

Any Legendary item with a high item level and level requirement should be evaluated for pricing. Someone might value rare things with high-tier affixes or rare affixes with higher item levels or prerequisite criteria. Some unusual Embers you come across, such as Restless Embers and Ominous Embers, can also be sold. Unavoidably, as you tear through the maps, you'll collect a lot of fragments. So post a few complete cycles, and take the chance to trade in your memory fragments at the Spacetime Wanderer. Using these bits will allow you to obtain numerous legendary weapons, unprocessed money, and other goods.

For instance, you can use the Auction House to convert some of your low-level cash into higher levels. People often trade their Flame Elementium for flame dust or base embers. It might be an excellent way to periodically make a few extra dollars if you acquire a lot. Double-check the price of each item you are attempting to convert to be sure you aren't spending too much. Even though this process needs some persistence and scouring, it eventually produces a decent Flame Elementium without any additional grinding.

Killing foes will cause them to drop items, which you can collect. Find the better equipment, and be prepared to swap your old gear for the new. As you advance, you will empower your gear. However, some nice goods need better energy; therefore you can boost them by utilizing the arms dealer to empower the gear.

Using unlimited flame Elementium, one can produce items with five to six affixes. Players need to have a lot of money to improve their equipment's quality. Torchlight: Infinite Flame Elementium is available for risk-free purchase on the MMOPixel exchange website, which provides trustworthiness and security.

Visit our website MMOPixel to purcahse Torchlight: Infinite Flame Elementium. We provide the cheapest rate and best serfice on the web.

You can purchase cards, gear, beacons, and other items in Torchlight Infinite. Additionally, gamers can purchase a Monthly Pass to acquire 300 Primocryst with a 30-day expiration date.

Even though the game has only been in open beta for a while, gamers have already figured out some of the best methods for preserving their financial gains. These strategies should be very time-safe, though more could be added in the future as the developers add more systems with each new season. So be careful to return to see if any new strategies have been included when a new season begins.