This guide will concentrate on Elder Scroll Online Black Drake Villa's overall mechanics and strategies and offer guidance for tanks. Dungeon Black Drake Villa, a part of Flames of Ambition DLC, is situated on the Gold Coast.

Black Drake Villa is a dungeon with a fire theme, three sizable major regions, four boss chambers, and many garbage monsters in between. There are 3 primary bosses in the dungeon and 4 additional bosses that must be discovered through exploration and puzzle-solving. The players can complete the dungeon without defeating the secret bosses. However, doing so adds extra difficulties and rewards. The Challenge Banner can be located in all of the main bosses' chambers, usually adjacent to the entrance, and when it is raised, the Hard Mode for that boss can be engaged. These are wisps that can be seen all across the dungeon. They might jerk around and shift to a different spot when you get close. The last secret boss can only be unlocked by gathering these fragments. Additionally, the more fragments you collect, the better the boosts you receive from killing the first three mystery bosses.

If you explore the dungeon further, you might come across enormous plates on the floor inscribed with a glyph. If you possess 150 Ultimate Energy available, these Ice Avatar synergy plates will activate. The synergy absorbs your ultimate and turns you into a strong Ice Avatar, giving you the following benefits momentarily:

You also have access to the Whiteout synergy, which quickly heals and revives deceased teammates while briefly freezing all foes in place. This strong skill is beneficial in Hard Mode, where you risk being overpowered by mechanics and working against bosses.

These are available as ranged and melee NPCs.

Minotaurs: The minotaurs are highly damaging, so take care not to let them loose in the group and be aware of their varied fire AoEs.

Fire and flame-based ghosts can be snared and cause a fair amount of damage.

The Frigid Salamanders that the river troll carries deliver a lot of damage in place of any special attacks. Unfortunately, they also blast ice; therefore the group shouldn't be exposed to them.

The Fire Behemoths have a devastating Heavy Attack that deals a tonne of damage.

It can be pretty overwhelming to fight the bosses. To counter the bosses and give yourself a head-start, you can buy gold coins for various upgrades and defeat the bosses.

If you need gold coins you can buy Elder Scrolls Online Gold at our website MMO Pixel at an unbeatable price.

A vast minotaur named Kinras Ironeye can be discovered in the crumbling premises of Black Drake Villa. He appears to be a goblin from the Ironeye Tribe. He acts as the dungeon's opening boss. The main attacks are listed below:

The boss will make a scorching impact on the ground while attempting to stomp you with his mace. This causes a fair bit of harm. However, getting out of it will allow you to avoid it.

The boss' Heavy Attack is this. He is in a melee stance, making it possible to block this attack without being driven back. However, this attack must be deflected when he is in a ranged posture to avoid being forced back and thrown to the floor.

Three fireballs will be released by the boss, who is standing, and they will spread across the ground. The party won't be damaged if the boss tank is facing away from them; otherwise, avoid taking further damage!

These keep appearing during the battle, bursting out of the side walls' grates. They must be eliminated quickly since they will strengthen the boss and increase its damage. Caltrops or another type of snare can be placed underneath them to slow them down.

All Salamanders in the vicinity will move toward the boss if this uninterruptible roaring of the monster is not stopped. This would give the boss more power. Always feel free to interrupt the boss.

Captain Geminus is the second boss you will encounter. Despite being an archer, Captain Geminus also has some scorching surprises under her sleeve. This battle resembles a bullet hell game in that there are enormous fire waves to avoid in between piercing arrow blasts. In addition, casters in the arena throw curse your way, and if they connect, they will make you unable to see. Oh, and amid all of this, an air atronach is harassing you with melee strikes. The main attacks are listed below:

This is an Area of Effect in the shape of a cone that releases lightning orbs that cause Damage over Time (DoT). It causes fair amounts of damage.

These traps render the subject immobile while providing moderate DoT damage and impairing their ability to move. You can roll through them to avoid becoming trapped by doing a dodge.

She typically uses this strike, which deals a fair amount of damage, after teleporting to a random player. By blocking or dodging the strike, you can prevent this.

Knuckle Duster: Her heavy attack, which causes a lot of damage, is this. To avoid getting hurt, parry or escape, roll this attack!

The boss can call forth up to four versions of herself, each of which will begin attacking a player channeled. A progressively expanding circle will be placed around the target.

A player who receives this random debuff will take more damage for a brief period.

The boss will rush into the center and fortify herself while emitting Seismic Tremors when her health falls between 30% and 70%. These must be avoided as they do moderate damage.

Even though Pyroturge Encratis isn't particularly fast to begin with, but this conflict takes place over several locations. As we move on to the next one, the action picks up speed. He destroys the garden with a bomb while still having about 75% of his health left and makes his way to yet another vast, multi-level arena for the ultimate confrontation. 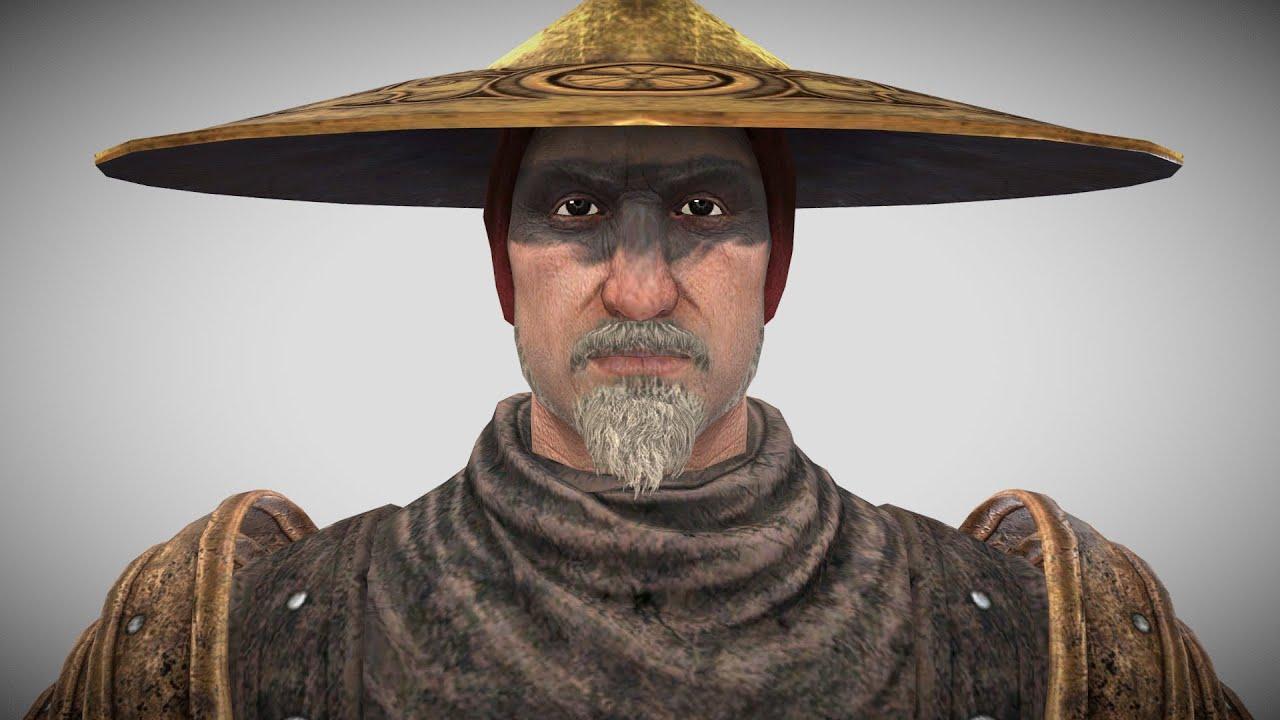 These are the main attacks:

At 70%, the boss gains immunity and tears a hole through the wall facing the room's exit. Then you must follow him as he teleports through. In this phase, the boss will receive healing.

Fire Meteors will target you if you don't follow the boss.

You must reach down to get into the Salamander pit to utilize the geysers to return onto the ledge in the second room since the boss will randomly teleport and set the entire ledge on fire. The boss's new location, right next to him, is the only secure place. A Fire Behemoth is also spawned at the new place when he teleports.

In this area, you can use the Whiteout synergy, which temporarily freezes all enemies, including bosses, kills Burning Specters in two hits, heals your party, and revives the dead. You can also use the Ice Avatar synergy, which grants you several benefits by transforming you into the Ice Avatar.

On occasion, the boss will shoot fire meteors at the group.

The boss will summon a fire blade and attack with it; following a few brief attacks, he will toss the blade at a target. He uses this to light an attack, which leaves a little Fire Area of Effect (AoE) on the ground.

Avatar Fragments can be found floating around the dungeon in the form of wisp-like objects. They will guard you for a brief period and provide a blast of healing when you utilize them. To reveal the last boss's secret location, collect these fragments. The fragments also strengthen the boosts you receive from fighting the three secret Avatar bosses, all four group members must gather 30 Fragments each to reveal the hidden final boss.

This boss is located in the opening space on the Estate Grounds. There are four pressure plates in the region before the boss, one for every player to stay on. You can plan to stand on them simultaneously by cleaning the entire map. By doing this, a hatch a short distance from the northeast pressure plate will be unlocked.

You can acquire an Avatar Artefact at the foot of a long cave. When activated, the boss encounter will start.

Frost beam-like assaults from the boss's head are light attacks.

The boss teleports back and then reemerges, firing numerous Indriks at the group.

Usually targeting the tank, the boss creates an ice AoE. Over time, anyone standing inside the area sustains damage due to it attaching to them and doing so.

After clearing the initial trashmobs and reaching the archive, you will come to a chamber with four sculptures. A bright sphere is in front of two of them. The bowls for the remaining two will be bare. Therefore, to locate the hidden cave entrance, you must locate the extra orbs and place them in the bowl.

The avatar strikes her target with light to moderately damaging frostbolts.

The avatar forms a crystal above herself with her raised hands. She charges and then fires the crystal at the intended recipient. Unfortunately, her victim is locked in by this attack, which can only be repelled and not sidestepped.

The Avatar falls to the ground, causing three geysers to appear before erupting and severely damaging nearby players. As long as everyone in the group pays attention, they should be simple enough to avoid.

The Frost Atronach has been upgraded to become the Avatar of Fortitude. It mostly employs melee attacks, and the battle proceeds in the same way as with the other avatars.

It strikes with its left arm in a heavy-hitting charged backhand smash. Block to lessen the harm.

The boss lunges back and pelts the group with homing rockets repeatedly. The damage might add up quite a bit, so block to lessen it. Keep in mind that it takes a while for this attack to arm and that the avatar is essentially defenseless until it begins shooting.

To unlock this boss, you must fulfill several conditions: