With the expansion of the new chapter of Blackwood in Elder's Scroll Online, the new feature of Companion was added that allowed you to summon a companion. You can get the companion after you have completed the associated companion quest. These companions act as a helper and help you complete the quests by defeating your enemies.

The companion now features 4 NPC characters in total that are customizable and upgradeable. They level up by participating in combats with you and helping you in your quests but cannot replace the need for another player in Group plays as they are not made to be OP characters. 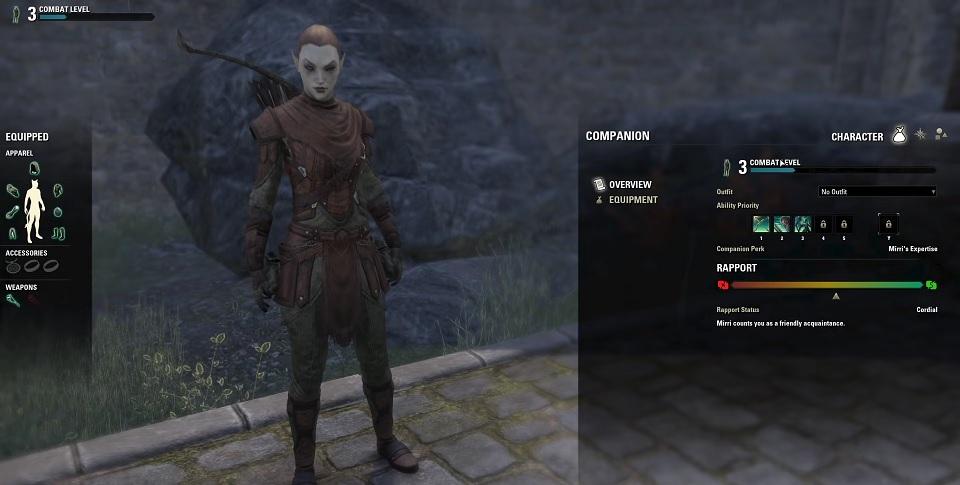 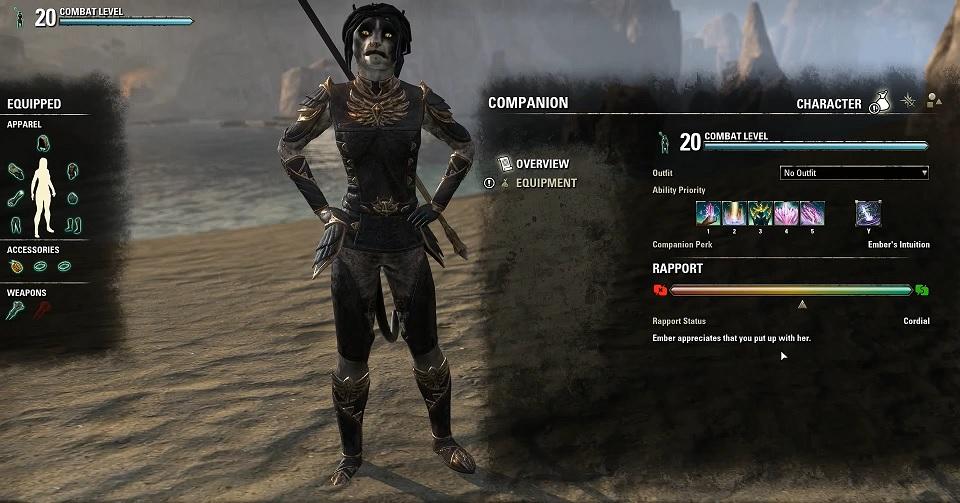 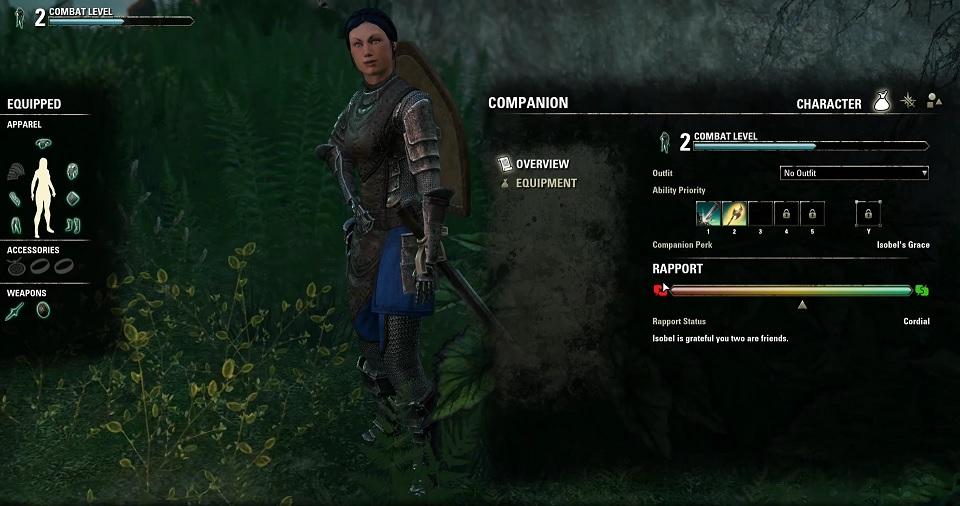 As the NPC characters are individualistic and have their likes and dislikes, they have a rapport meter that represents your impression of you. You can summon them through the allies tab. Also, all the information related to the companion can be seen in the companion menu, like the combats, outfits, abilities, reports, status, etc.

You can summon and bring them for all kinds of game plays, except for a few like solo arenas, PvP, and Battlegrounds. You cannot summon your companions while in combat but can unsummon them. Multiple allies cannot be used at once.

You can also have them join you in a group dungeon. Just keep in mind that their character takes up one member slot; hence, if taken to the dungeon, it will either be you, your companion, and 2 other players, or you and your companion and one other player and their companion.

Class lines: Mirri's skill resembles that of Nightblade, Bastian's skill resembles that of Dragon Knight, Ember's skills are that of a Sorcerer, and Isobel's skills are that of a Templar. They all have 3 class skill lines that are variants of different classes. All class lines have 3 active abilities, but only the first-Class line has an ultimate ability in addition to the 3 active abilities.

Weapon lines: The companions can equip any weapon as all weapon lines are available to them and can be unlocked easily just by equipping the corresponding weapon. Each weapon line has 3 abilities that can be equipped.

Armor lines: The armor lines have 3 types to them, they are: Light armor, Medium armor, and Heavy armor. They have one active and one passive ability. Though you can mix and match the equipment based on your needs and preference, the abilities can only be unlocked if 3 pieces of the same armor equipment are equipped.

Companion Guilds: In the companion menu, you can see the available Guild options that allow the companions to access the three guilds: Fighter's Guild, Mage's Guild, and the Undaunted Lines. The companion can access each Guild by doing the daily quests related to the respective Guilds in the case of Fighter's Guild and Mage's Guild, allowing you to unlock the desired Guild skills. In the case of the undaunted skill lines, you must complete one of Bolgrul's Undaunted challenges to access the skills.

The overall max level that a companion can reach is capped at level 20. The levelling-up companion is straightforward. Their combat levels can be leveled by having them engage in combat with you, and whatever Exp you get, a fraction of that goes to your companion.

Levelling the companion skills is way easier than levelling yourself up; as in the case of a companion, regardless of what class skill the companion is equipped with, the class level increases the same for all classes. In addition, the companions are built in a way that allows them to pick up any role from tank to healer to a damage dealer.

The weapon line skills of the companion levels are by equipping that particular weapon and engaging in combat to earn the Exp. So like, for example, if you want the skills of a sword to level up, your companion needs to equip a sword and take part in combat with you.

After the skills come to the Ability priority feature of the companions in Elder's Scroll Online, this feature allows you to set the skills so that you want the companion to prioritize the usage. If the skills are ready to be used, then which skill will be the most prioritized skill to be used and which will be the least. There are a total 6 skill slots, 5 normal skill slots, and one ultimate skill slot. The skill slots are opened at particular levels. Instead of all being unlocked from the start, they are unlocked with level progression as follows:

The Companions also have the companion gear feature that the companions can only equip. They can be found as drops worldwide from activities like defeating enemies or killing the bosses. These gears being companion exclusive, cannot be equipped by the players. As for the quality of the gears, they go from white to purple, but unlike the gears used by players, this equipment cannot be upgraded or have its traits changed. You can also sell these gears to the guilt traders and make a hefty amount of in-game money, ESO Gold. Another best way to get Gold is to buy it for real money at a very reasonable rate.

If you want to buy Gold, you can click on our website MMOPixel to buy ESO Gold. We will provide you with the best service.

There are a total of 9 companion gear traits. They are as follows:

The companions work based on a priority system on a cooldown basis. Its usage is based on how the skills are set on the ability priority slots.

The companions being the intractable characters have their likes and dislikes. Hence the actions you take in different situations might direct their emotions. The emotion they hold towards you is measured by the rapport system and shows on the Rapport bar. This Rapport system makes it necessary to keep the emotions of your companion in check; if they dislike you way too much, they might voluntarily choose to leave you and refuse to be summoned.

You can customize your companion using the outfits and costumes available on your account. Other than giving them outfits, you can also give them mounts. You can customize the companion's full outfit but cannot give them headgears. You also cannot change their personalities, skins, hair, or tattoos.

Other than the 2 additional companion quests, there are also side quests related to the companions; completing these side quests rewards you with a large report boost.

Each companion has a unique associated non-combat perk that benefits you when the companion is present. They are as follows:

By completing meta-achievements associated with each companion, you can unlock a keepsake collectible for each companion, which provides the benefits of the non-combat perk even while the companion isn't active. These collectibles are located under the Upgrades section of the collection’s menu.